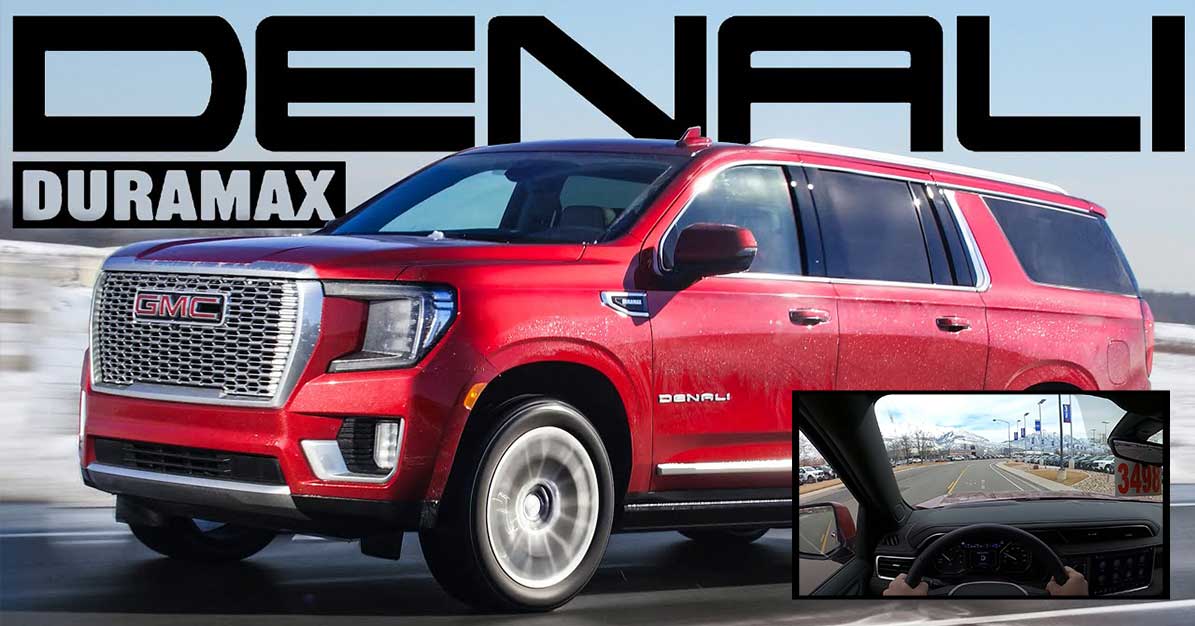 Ever since the departure of the Power Stroke diesel-powered Ford Excursion, the diesel-powered SUV hasn’t exactly been a hot-button topic for automakers. Certainly, in the enthusiast community, many of us have been yearning for something like this to return for years. However, it has just gone under the radar and we really haven’t seen much outside of aftermarket applications.

With that, news had recently broken that the GMC Yukon is offering up a Duramax option. Don’t get too excited, though. Unfortunately, SUV fans who thought they would be getting a powerful diesel option might be just a little bit disappointed.

Over in the pickup truck segment, we find the GMC Sierra and one fitted with a Duramax engine comes with the popular 6.6 L option that creates 445 hp at 910 lb-ft of torque. The diesel option that is available in the lighter duty Yukon is a 3.0 L turbocharged inline 6-cylinder diesel that’s capable of just 277 hp with 460-pound feet of torque.

The diesel engine available in the Yukon comes in just short of the V8 option which offers a 420 hp and 460 lb-ft of torque out of a 6.2 L configuration.

Even though this might not be the full-blown power plant that some might’ve expected when they saw headlines break, it isn’t to say that the Duramax is completely useless. In fact, it’s still might end up being an option for some people over the more potent V8. At the end of the day, it just depends on what exactly buyers are expecting out of the Yukon and what they will be using it for. Perhaps road tripping in the diesel option could save some fuel economy.

Down in the video below, we get a little bit of a tour of the 2021 GMC Yukon Denali Duramax from Ben Hardy along with a discussion that explains if the Duramax is worth buying over the 6.2 L V8.