Elon Musk Tweets That if Brittney Griner is Free’d, The US has a Few Crimes to Forgive as Well 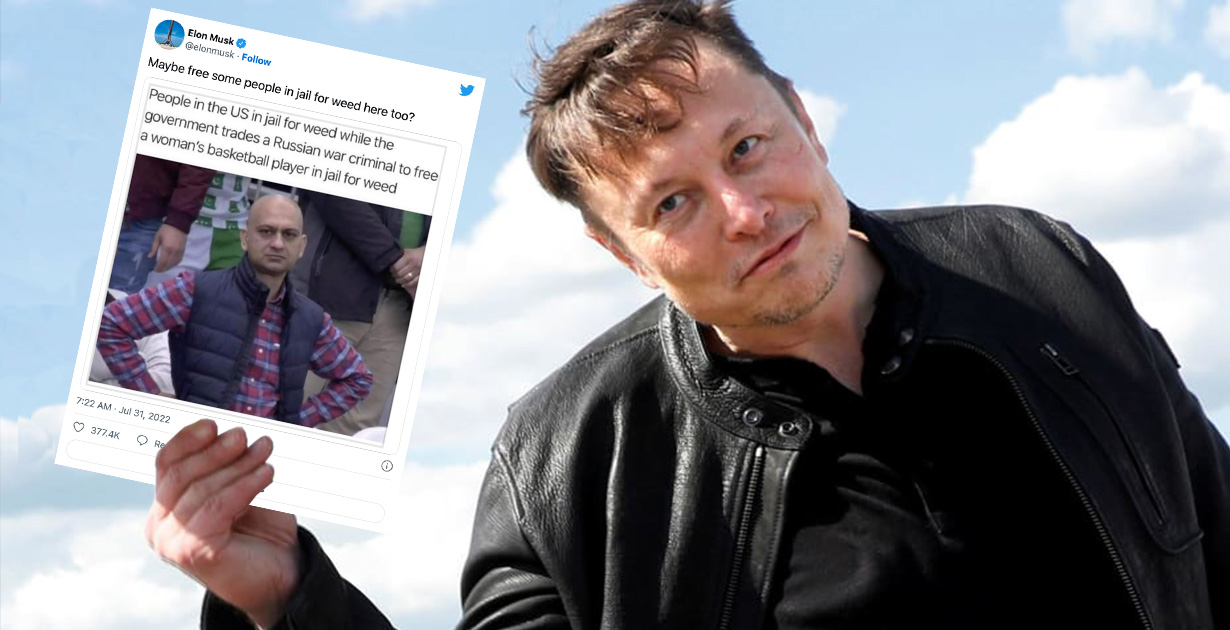 Over the past couple of months, WNBA star, Brittney Griner has been in the spotlight for all the wrong reasons. This newfound fame comes after she took a trip to Russia to play basketball in the WNBA offseason and was allegedly found carrying vape cartridges containing cannabis oil in her luggage. As the story unfolded, Griner pleaded guilty to drug smuggling and has been in the custody of Russia for the last five months.

The debate rages on around all corners of social media about how exactly a situation like this should be handled.

One of the latest to chime in on the issue was tech genius, Elon Musk. In a tweet, Musk seems to call out our government, saying that maybe they should reconsider some of the folks in jail here in America if they plan on trading a war criminal to free Griner.

Maybe free some people in jail for weed here too? pic.twitter.com/AYo0ZC79lZ

The latest developments on the situation have the US planning on sending back a Russian prisoner by the name of Viktor Bout. Bout has been nicknamed the “Merchant of Death” for good reason. The Russian arms dealer was sentenced to 25 years back in 2012 for legally selling millions of dollars in weapons.

This potential prisoner trade has drawn great scrutiny and has many asking the question of what price the United States will be willing to pay to get back one of its own.

While that is a hotly debated subject, perhaps another interesting angle is the one that Musk takes. If the United States does make this prisoner swap and gives Griner her freedom, what does that say about the people who are currently locked up in America for the same crimes that Griner has been accused of?