F9 Shatters Pandemic Records but Should You See It? (A Brutally Honest Review) 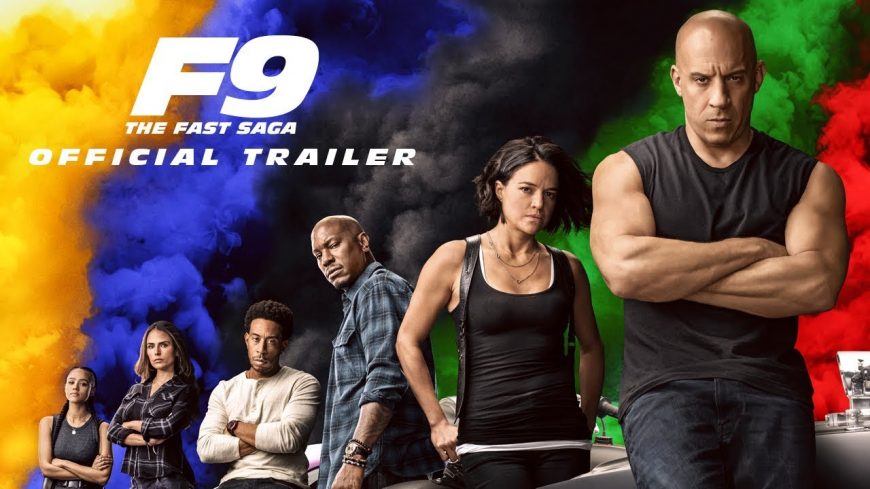 It’s that time of year again and we are being treated to get another rendition of the Fast and Furious saga. The most recent installment in F9 would obviously be the ninth in the series. It’s quite a monumental accomplishment for a film that most thought would meet no more than niche appeal.

All of these years later, 20 to be exact, and the franchise continue to break records. The most recent record is that of the COVID era box office. The film managed $70 million in America in its opening weekend, the most since any theater had opened back up. In fact, we find that no film had gained this sort of turnout since December 2019’s “Star Wars: The Rise of Skywalker.”

The previous film in the saga, The Fate of the Furious, broke all-time box office records, managing $532 million in the global box office with $98.8 million from the U.S.

Given the time that we’re in, those numbers seem to be pretty good and seem to indicate that folks in America have been willing to get back into theaters. However, once in theaters, the crowds didn’t seem too pleased with what they saw. In fact, with over 16,000 user reviews, the film received the worst marks of any Fast and Furious film ever.

The graph is actually pretty interesting to look at. It seems as if the bulk of folks either loved the film enough to give it a 10/10 or hated it enough to toss a 1/10 out there. In other words, if you think you’ll fall into one of those categories, then it’s likely you will. When factoring in all of the people in the middle including myself, the average rating musters a 5.5/10 which falls in the last place in the franchise, trailing most closely to 2 Fast 2 Furious which fans gave a 5.9 rating.

As we have all come to expect, the franchise has managed to become pretty far-fetched which some fans struggle to deal with but this doesn’t really bother me much. Each and every movie attempts to get even more dramatic with the stunt activity and tries more impressive. This film is definitely more of the same as it seems as if those behind it focused a lot more on the visuals than any actual story.

As it turns out, you can’t carry a film without a gripping story as this plot seems far too familiar. I understand that intricately woven stories aren’t what we see the films for but this one was particularly bad. I told you they wouldn’t be any spoilers so let’s just say that we’ve seen this exact plotline before. The far too recognizable plot has been used in a variety of action movies over the years along with other Fast and Furious films. Calling it a “carbon copy” would actually be the polite way of putting it.

One of the aspects that really saved this film from an even worse rating was the concept of diving into some of the backgrounds from the first film. Without going into too much detail, this is how the franchise explained the sudden appearance of John Cena and it was done quite well.

Diving into how Dominic Toretto became a gear head and unfolding the scene of Dom’s father dying in a car accident, as explained in the original film, was also a treat for diehard fans.

While I was excited to see some of my favorite characters in action again, the modern-day part of the plot was by far the most disappointing. It almost feels like a bunch of executives kind of figured out what fans like and they keep regurgitating the same thing over and over again. Throw in some impossible stunts with a few forced Tyrese one-liners and a few dramatic Vin Diesel quotes about family and you can basically just print money. Right?

I suppose that there was a little bit of redemption with the flashback portion of the story but it just wasn’t enough to push the film above the bottom spot on the Furious totem pole. As one to be relatively forgiving to the Fast and Furious universe, the film certainly didn’t manage to live up to already low expectations.

Final Verdict: Worth it but wait for it to come out on streaming unless you’re a diehard.