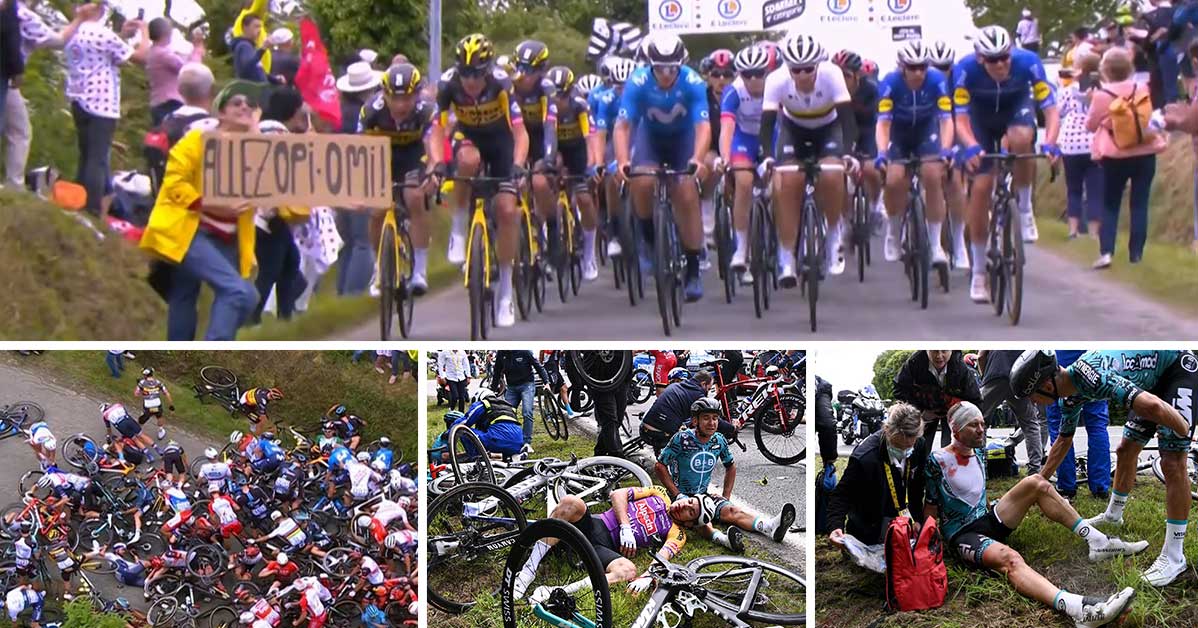 As you’re reading this, your day might not be going so hot. At the end of the day, though, at least you’re not the person who ruined the Tour de France.

For those who have ever wondered why those obvious safety warnings are in place on the bottom of products so that the companies behind them don’t get sued, this is why. We have finally found the person who needs a warning that the stove will be hot when turned on.

In the most recent running of the Tour de France, one overly excited fan would get just too close to the action. As the racers were barreling their way down the street with fans on either side, one individual really wanted to get a little bit of television time. However, it turns out that being in the background quickly turned into 15 minutes of fame and not for the greatest of reasons.

Apparently wanting to get a cardboard sign on television, the fan would lean into the race. Unfortunately, the shortsighted individual did this as the riders were blasting by and fully in the heat of competition. The sign would clip one of the riders which would create a chain reaction. Eventually, there was an entire street full of carnage as a bunch of racers were taken out.

Apparently, race authorities had planned on suing the individual responsible for causing the accident. However, the person cannot be located as it is believed that they would end up fleeing the country. The woman responsible was said to be German and was described as “untraceable.” The sign was said to be a hello message to her grandparents that she wanted to get on television.

We would go so far as saying that the viral embarrassment is more potent a punishment than any lawsuit could possibly be.

Down below, we are able to check in with this massive fumble.