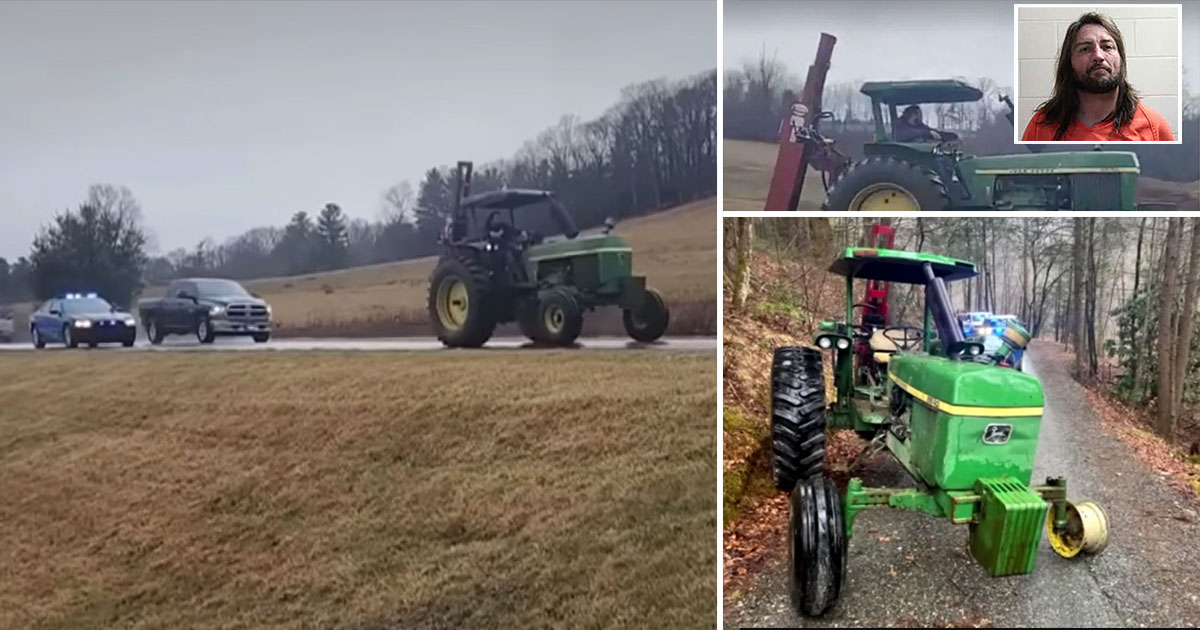 Generally, when we think about a police pursuit, we picture somebody in some sort of normal vehicle accelerating down the highway with a helicopter following behind and tracing their every move. Adrenaline begins to get going as the pursuit can get dangerous as a desperate suspect does everything possible to lose the law.

Not all pursuits look like they came from a Hollywood movie, though. In one particular pursuit in North Carolina, no helicopter would be necessary as the suspect was trying to get away in something that wouldn’t necessarily be able to evade police cars.

Police in Boone, NC got a call about a driver driving erratically in a parking lot and trying to hit people. The plot twist this time, though, was that he wasn’t driving a roadworthy vehicle at all but instead found himself behind the wheel of a farming tractor. The oversized piece of heavy equipment wasn’t necessarily something that would be anyone’s first choice in a pursuit like this. However, that didn’t stop the driver from trying to evade police anyway.

After striking a couple of cars, a dumpster, and even a church, the driver attempted to ditch the police in a low-speed chase. The officers even broke out a couple of stop sticks equipped with spikes to puncture the tires which didn’t work. From there, they took to shooting out a tire that would slow the tractor down but didn’t manage to stop it either. This driver was determined to get away even though he really stood no chance.

Eventually, though, the driver decided that his best course of action was to jump out of the vehicle and try to flee on foot and this was where things would come to an end. The driver wouldn’t make it very far before he was eventually arrested and taken into custody.

As of  Wed. Jan. 18, 2023: Police released a booking photo of Ronnie K. Hicks and said he was charged with the following…