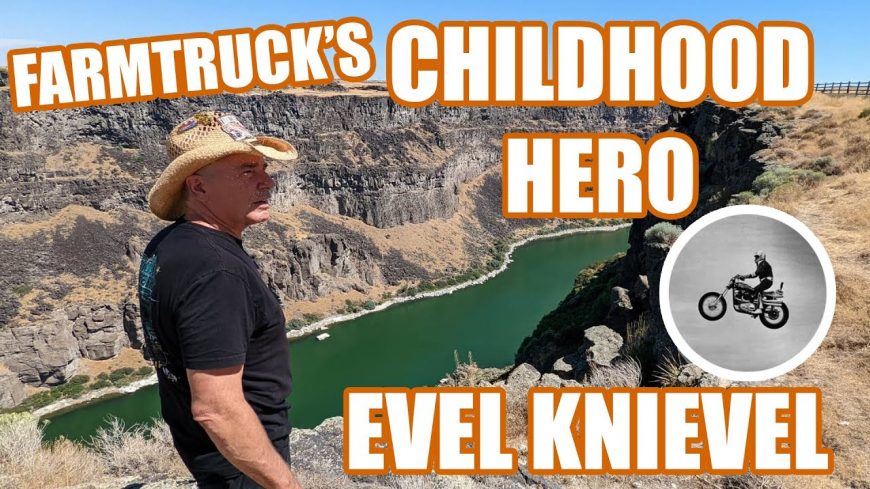 One of the parts of professional drag racing or racing of any format that many fans don’t really see too much of is all of the travel. Pretty much no matter which promotion one wants to be a part of, traveling is kind of a part of the deal. Racers have no choice but to hit the road in a pretty big capacity. While on the way from drag strip to drag strip, sometimes, there are some interesting things along the way that can pique one’s interest.

This time, while on the road to Idaho NPK, we learn a little something about Farmtruck. As it turns out, one of Farmtruck’s personal heros is Evel Knievel. In fact, he attributes his tendency to be willing to take chances to the infamous stunt rider, claiming that Knievel gave him inspiration to be a daredevil himself at a young age.

Now, as fans of Knievel may tell you, with his final stunt, it turns out that maybe Knievel pushed things just a little bit too far. Per Visit Southern Idaho, “Sitting on top of his X-2 Skycycle, Evil Knievel’s wild ride took to the air on September 8th, 1974. Looking more like a rocket than a motorcycle, the outlandish jump on the Skycycle ended in failure when the parachute opened on takeoff. A monument now sits at the location to honor him and his legacy.”

This all occurred after a long career of putting on a show and entertaining the masses as Evel was truly a pioneer of his time.

In any case, this time, we check in with a video from the FarmtruckandAZN YouTube channel where Farmtruck and AZN head to the final Evel Knievel jump site. It’s here where we learn about Farmtruck’s respect for the stunt man along with taking a break from the road with everyone’s favorite dynamic duo.