Farmtruck Takes on Hinton – To the Finals We Go!

Farmtruck Takes on Hinton – To the Finals We Go!

When it comes to racing, especially on a high level, it’s most definitely a ...

When it comes to racing, especially on a high level, it’s most definitely a labor of love.

It can be difficult to understand just what’s involved in finding all of the parts to make a vehicle go fast then maintaining the vehicle to make sure that everything stays in line along with continuing to try to go faster. Frequently, all sorts of issues can pop up to really make things seem like they’re never going to be a success. However, when everything comes together and you feel that epic pass down the track, there’s no better feeling!

This time, we get to join in with Farmtruck and AZN as they take us along for the ride at the Hinton Street Races. At this point, the orange Chevrolet C10 is pretty well ironed out. However, in this one, we get to see behind the scenes and learn a little bit about what it takes to prepare for such a race and keep things going at this stage of the game.

It’s pretty awesome that we live in an era where we’re able to basically hang out in the pits with some of our favorite racers all without even being there. This video truly encapsulates what it means to spend the night at the track, whether that’s just tossing around some ideas with a couple of friends or maybe even working to solve a problem that came up while racing. It’s just such a cool experience to be able to be a part of!

Down in the video below, we check in with Farmtruck making a couple of passes and holding his own. There was certainly some pretty serious competition in this one but Farmtruck isn’t one to back down from a solid battle.

Just how far would the mean heavy Chevy be able to go after coming off of a couple of year hiatus? It’s time to find out just that. 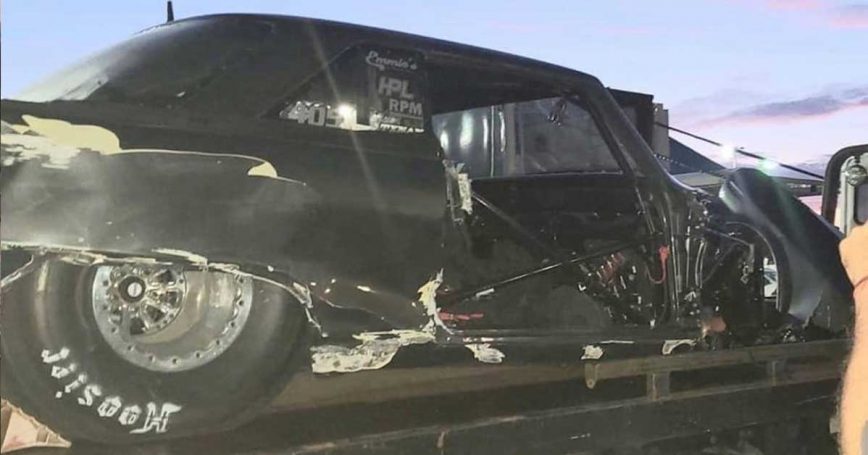