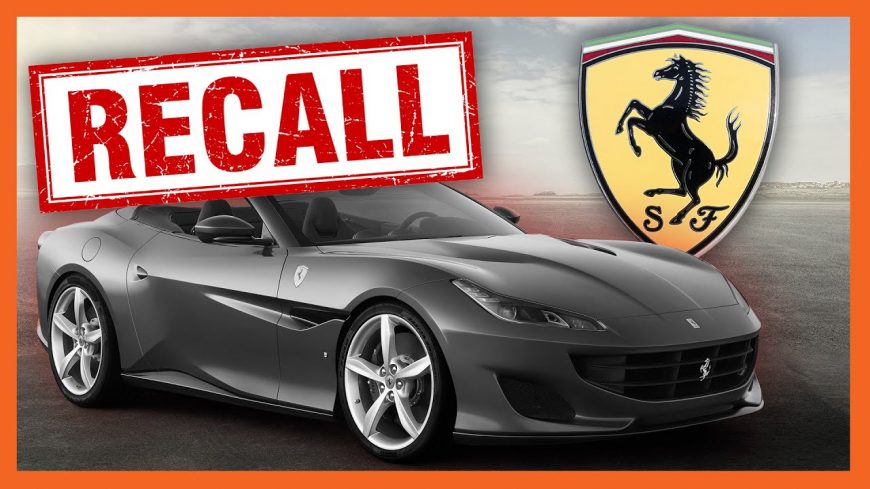 Imagine the look of disgust on the face of somebody who owns a seven-figure Ferrari and learns that every car from the past 17 years has the same parts on it. I’m kidding! Well, kind of… Fortunately, it isn’t that serious.

All jokes aside, things definitely aren’t that serious but what is not a laughing matter is that Ferrari has decided to recall pretty much every vehicle that it’s made for the last 17 years. This means that some 23,000 vehicles are being brought back to service shops due to an issue with the braking system that impacts every model made since 2005.

Essentially, the issue comes from a rather simple source. Apparently, the fix for this recall is going to be a new cap for the brake fluid reservoir. From what Ferrari says, in some instances, the original cap doesn’t vent well enough and can cause a vacuum which will then escalate to issues with braking.

Ferrari probably breathed one big sigh of relief when they dug into the issue and found out that a simple reservoir cap and computer update would fix the problems that are said to only interfere with about 1% of the cars that have been recalled.

If there’s one thing that we’ve learned over the years, though, it’s that you don’t want to mess with your braking system. Time and time again, we have seen either inadequate brakes or on lack of maintenance on brakes create absolute mayhem. In other words, even though it seems pretty unlikely that your particular car is going to be impacted because 99% of Ferraris are unaffected, it’s most certainly something that we would take a day to head into a Ferrari dealership and make sure you’re alright.

If you own one of the models below, you can head here to see if this recall applies to your VIN.