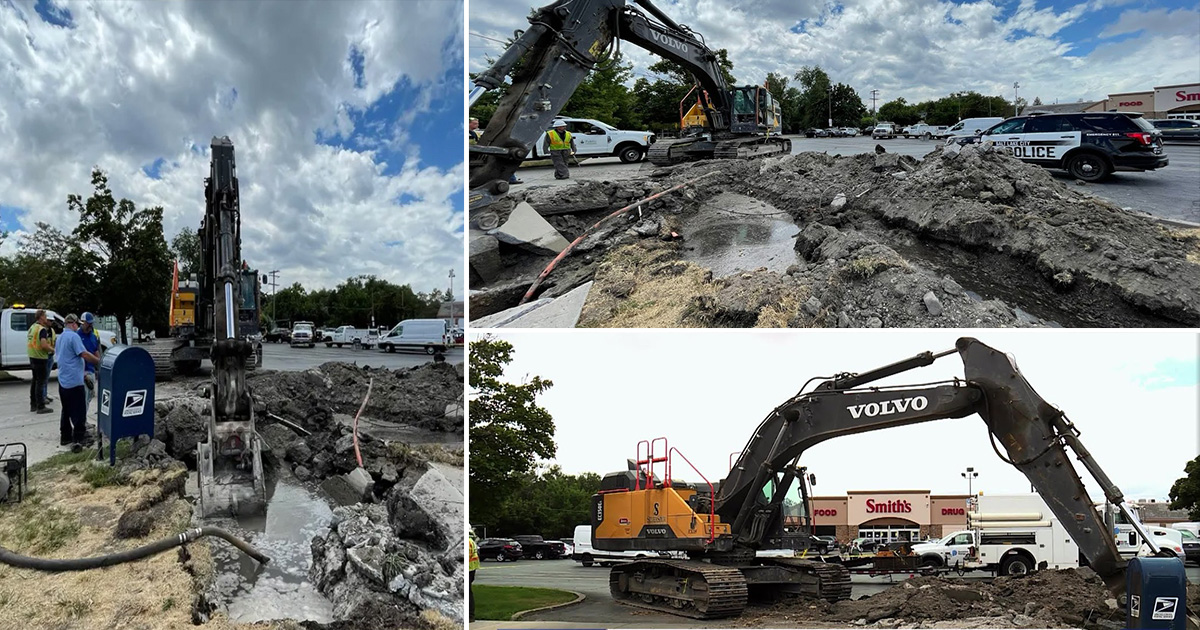 When you think of somebody stealing something, what do you think their main objective is? Maybe I’m incredibly strange but generally, when I think of a criminal trying to steal a vehicle, generally, I envision them trying to underhandedly make a monetary profit.

For one Salt Lake City man, though, apparently, that simply wasn’t the case as he decided to steal a piece of heavy machinery and go on a joyride with it. After the man stole an excavator, he would go on the run, taking the machine about a mile before he made his way to a parking lot where he started digging up the ground. I guess that at the end of the day, this guy just simply decided that he wanted to go digging and wasn’t about to let the law or a couple of felonies get in the way of his good time.

Naturally, when he began to crunch into the parking lot, he found a way to hack up a water pipe, natural gas line, and fiber optic lines as well because someone like this has to make things as complicated as humanly possible. Following the incident, the individual would be slapped with a pair of felonies including theft and criminal mischief.

Last but not least, we feel that it’s worth mentioning that people who saw the individual decided to surround the excavator to prevent him from leaving before officers got to the scene of the incident. I’m not sure about you but it seems to me like these folks probably had more boldness than brains. There is absolutely no way that I am going anywhere near anybody who decided to go on a joyride in an excavator before digging up a random grocery store parking lot, regardless of if he exited the vehicle or not.