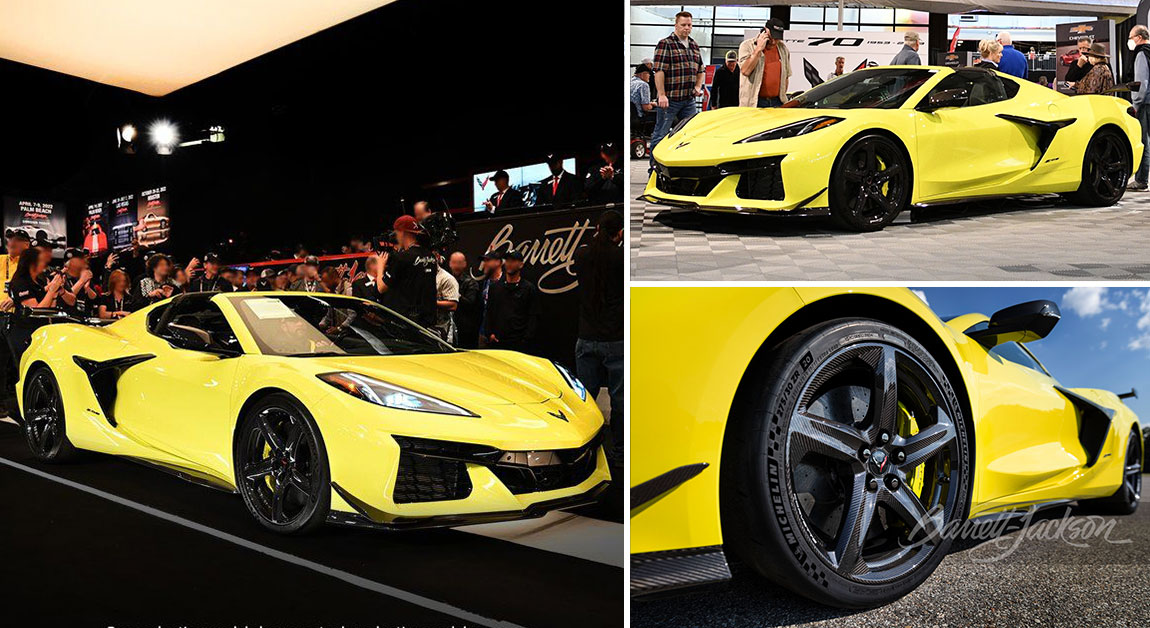 At this point, it’s becoming a fixture of Barrett-Jackson auctions that Rick Hendrick is the winning bidder on just about any Corvette with a VIN ending in 001, indicating that the car is the first of its kind.

Most recently, Hendrick went home from Barrett-Jackson Scottsdale with the first ever 2023 Corvette Z06 which would cost him $3.6 million. The proceeds of the auction benefit Operation Homefront. Another $100,000 was donated to the cause at the auction, taking the total raised to $3.7 million for the charity that supports military families.

While that number seems to be pretty outrageous for a Corvette, it’s only the second most expensive Corvette to ever sell. Back in 2014, a 1967 L88 coupe brought a hammer price of $3.85 million.

This is nowhere near the first Corvette that Hendrick was willing to pay up for in the name of charity. He has a variety of other vin 001 cars, including the first base model 2020 Corvette Stingray that he paid $3 million for. Back in 2016 Hendrick sprung for the VIN 001 collection of 55-57 Corvettes that set him back $1.65 million.

It’s hard to say just how many VIN 001 cars Hendrick has. Early in 2020, he was said to have 210 cars in his private collection, 120 of which are Corvettes with a large portion sporting an “001” on the VIN plate. That number has certainly expanded over the last couple of years as Hendrick frequents the Barrett-Jackson auction and seems to have a taste for lots of fast machines.

The specific car he bought this time comes with the 70th Anniversary Edition Package and Hendrick has said that he has no intention of driving it. Down below, we get to see the exciting moment as the price travels up and up until it finally meets its final bid that would do a lot of good for Operation Homefront. All in all, a successful outing for what might just be the last first naturally aspirated Corvette. It might even be one of the final Corvettes with a combustion engine at all.