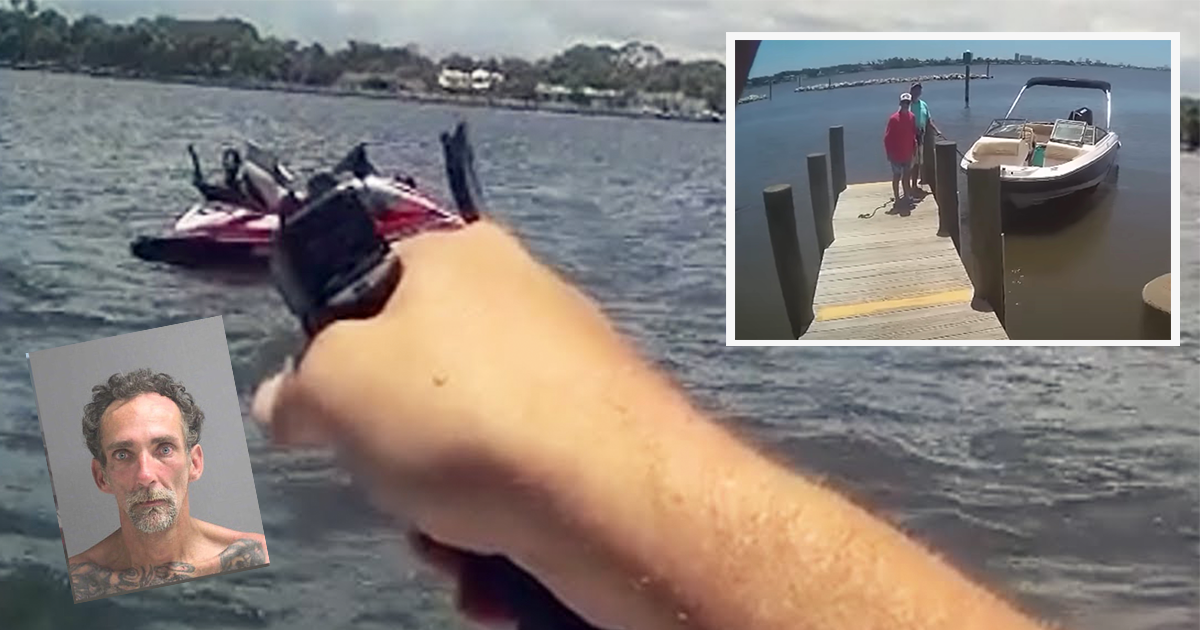 One of the most interesting things about being a police officer is that those on the job never really know what they’re going to run into each day. As a civilian, I would guess that this factor could be as exciting as it is intimidating but definitely calls for a job that never has a dull moment.

With all the headlines that we see out of Florida, we would guess that police down there are probably expecting the unexpected at all times. This time, we check in with a story that is rather unique and interesting as police were forced to chase down a suspect who they had believed to have stolen a jet ski. The only catch was that this jet ski wasn’t on a trailer being pulled around town or sitting in somebody’s yard. Instead, the ski was out in the middle of the water.

As it turns out, at this particular moment in time, the police on the case had no way of getting out there. Certainly, Florida has police boats for this sort of thing but perhaps there were none nearby.

Therefore, the police got resourceful and decided to ask a civilian if they could catch a ride on their boat for the sake of bringing in the perp.

After asking for a ride to go and catch up with the individual, the owner of the boat simply offered to lend it to the police officers. From there, we would watch the chase continue as the jet ski rider ended up stranded with what appears to be some sort of mechanical failure out in the water.

Down in the video below we get to watch the entire situation unfold. The body camera footage showcases the Volusia County Sherriffs taking the boat and chasing down the alleged bad guy. In the end, we watch as troopers arrest 48-year-old Ronald Williams for allegedly stealing the jet ski.