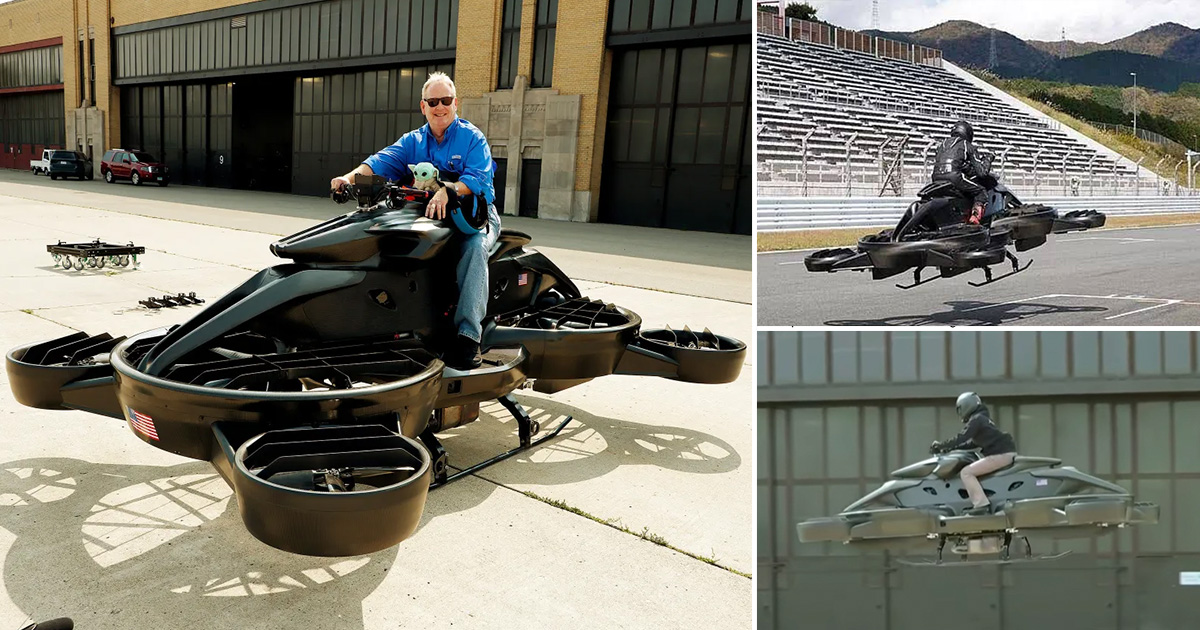 Electric-powered cars? Combustion-powered cars? What if the future decides that, for transportation, we just forget about cars altogether? It seems like a long shot but these days it can be hard to know what to expect.

The concept of the flying car or bike isn’t necessarily anything new. In fact, The Jetsons have been trying to predict flying cars since the 60s. As of now, nothing has quite caught on in the mainstream but with all the effort focused on the industry, we would not be shocked to see a flying vehicle make its way to American driveways sooner rather than later.

This year at the Detroit Auto Show, a Japanese start-up company showed off its rendition of the flying bike. The model is known as the Xturismo and has some pretty impressive specs. Aerwins, the company behind it all, promises that the Xturismo is capable of flying at speeds up to 62 mph but that isn’t all. This airborne hot rod is also capable of keeping it going for 40 minutes which means that it has a pretty substantial range as well thanks to its internal combustion setup that is complemented by an electric system for autonomous control.

The biggest catch here is that this particular model is going to cost $777,000. However, as is the case with all new technology, we’re sure that cheaper versions will come out in the years following this one if the bike catches on. While most folks don’t have three-quarters of a million dollars to drop on a jet ski that flies through the air, I’m sure that there’s going to be quite a waiting list if these things are ever mass-produced and come down in price a bit.

Down below, KIRO 7 News shows off the footage of the flying bike and explains to us what we can expect with such a combination.