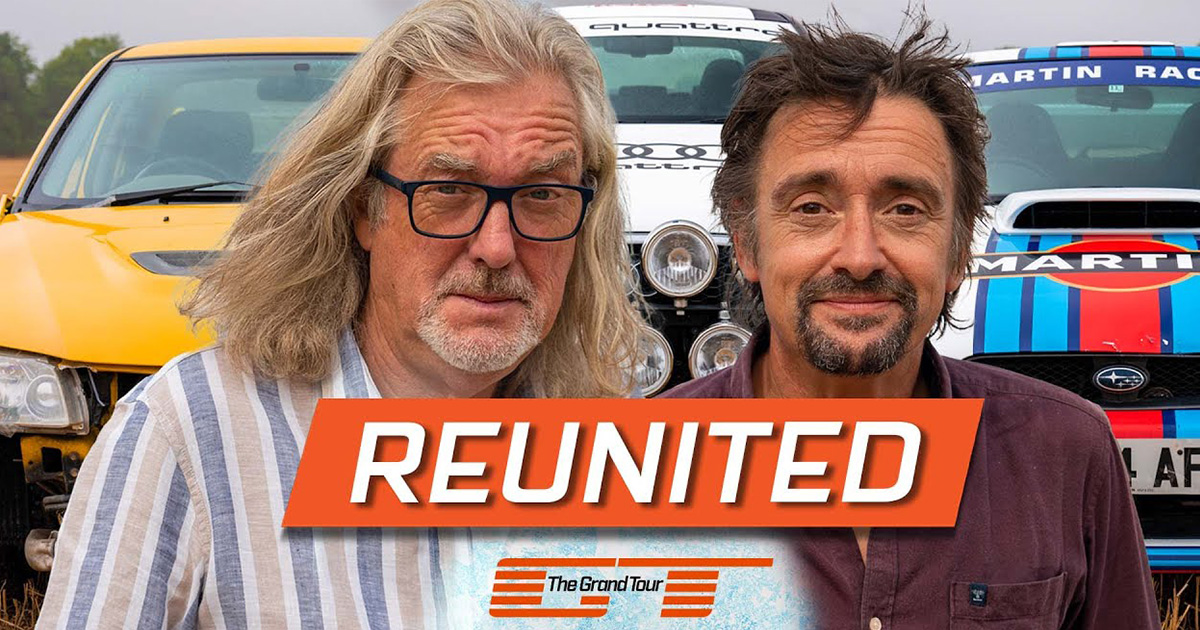 Early this summer, reports began to circulate about The Grand Tour presenter, James May, being involved in a pretty gnarly accident. Well, the episode of the show in which May crashed a Mitsubishi Evolution finally aired earlier this month. If you’ve yet to see the clip, it can be found here.

Those who have seen the clip know that the Mitsubishi that the presenter was behind the wheel definitely took quite a lick with its driver doing the same. While reports say that the presenter was hospitalized, May took a moment to address reports, saying that maybe the news made things seem a little bit more extreme than they were. Instead, he says that his hospitalization was merely a precaution to make sure that nothing really bad happened and he was eventually released.

This time, we check in with a little bit of bonus content, if you will, as The Grand Tour YouTube channel posted a video of May re-uniting with his cohost, Richard Hammond, following the incident, as they discuss some things that pertain to the first episode of the most recent season of the show.

In the clip, they take a moment to speak on the cars that they hopped behind the wheel of and analyze them in hindsight after driving them through tough Scandinavian land. In fact, it might seem as if the duo has fallen in love with the rally machines as they discuss adding them to their own personal collections.

James also gives us a rundown of the aftermath of the accident, explaining how the car was fixed and what’s going to happen to the mashed-up carcass of a Mitsubishi. All of that and more can be caught down in the video below that gives fans just a little bit more than the action that they caught on screen.

« Travis Pastrana Joins Forces With Alex Laughlin And Gets Behind The Wheel of 11,000hp Top Fuel Dragster