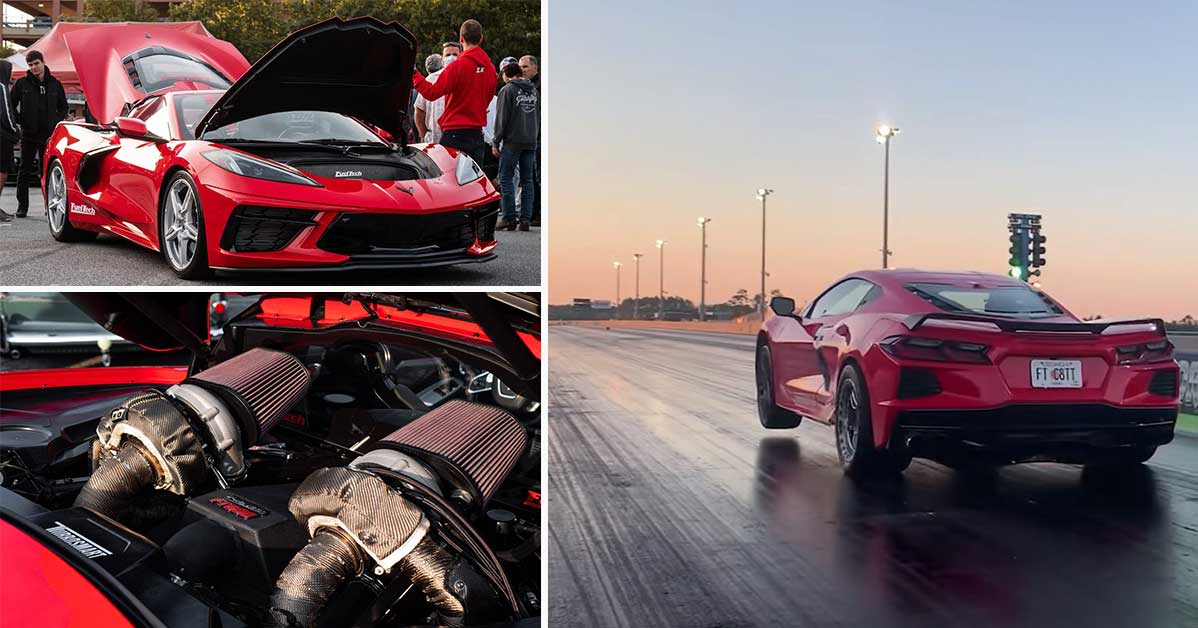 Even for the pros, there can be a little bit of a learning process in order to figure out how to dial in some of the newest releases to market. With the likes of the C8 Corvette, it would appear as if the folks over at FuelTech are doing quite an amazing job of being able to figure out just that.

With a couple of tweaks including help from a FuelTech FT600 and a pair of turbos, the crew has been really been digging into the platform to try and get the most out of it. Last time, we would watch as the c8 would make some major steam on the dyno, setting a record as it was able to rocket its way to 1075 hp.

After that, the crew would make their way to a drag racing event to lay a couple of test passes down where the car would make its way to a nine-second pass. However, as it was an actual competitive event, Anderson Dick, the owner of FuelTech tells us that they weren’t exactly able to really dial the car in. It’s kind of hard to get as many tests passes as you need when there’s a competition going on. Therefore, this time, the crew settles in at a place where they can get that time and space. We’re talking, of course, about a track rental.

In this one, we get to ride along with that rental to witness the process that’s involved in making some of our favorite cars go fast. If it weren’t for folks like Anderson Dick and the crew at FuelTech, we might never get to see the potential that resides under the hood of some of our favorite muscle machines. The progress that they’ve made with the C8 platform is nothing short of astounding!