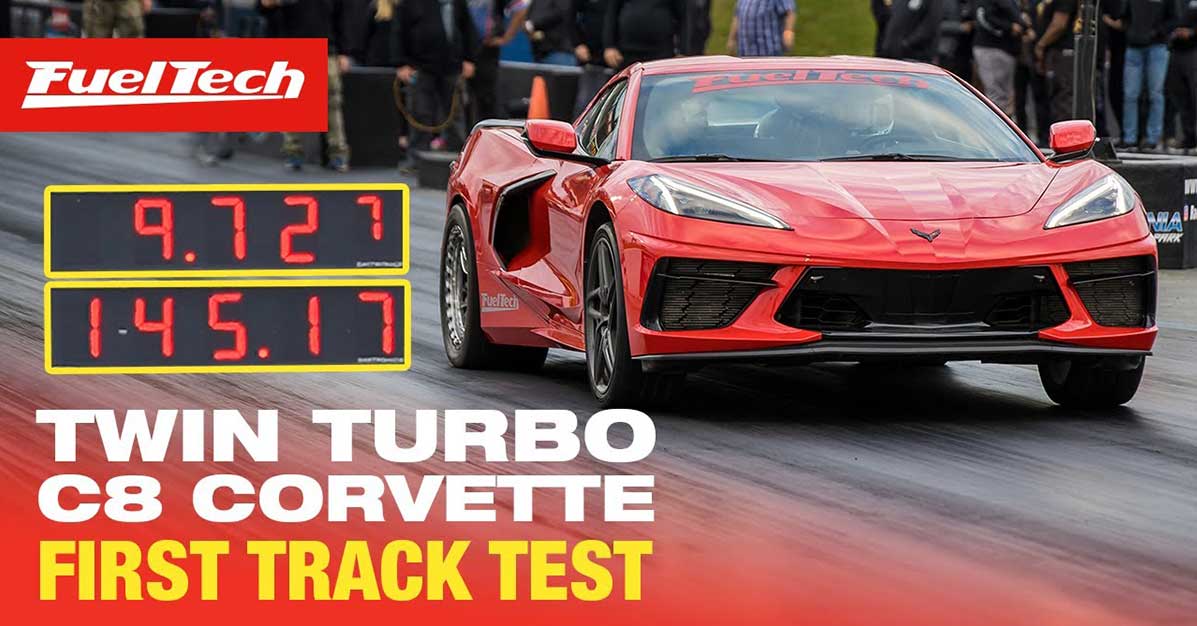 As one of the hottest performance platforms out right now, everybody has their attention turned toward the latest and greatest Chevrolet Corvette to see exactly what it can do when it stretches its legs out.

It has been a little bit more than a year since the first-ever C8 Corvette was delivered. Let’s just say there has definitely been a lot of progress made over the past 365 days or so. Right from the jump, people were strapping turbos to these things but the art of ironing it out and making sure all the kinks are worked out is definitely something that’s going to take a little bit more effort than simply bolting some boost on.

As we recently saw, the crew over at FuelTech has been really taking strides to get to the top of the C8 ranks. In another article, we checked in with their C8 build that had taken the title of the most powerful C8 in the world. Making well over 1000 hp was definitely an impressive feat. However, anybody who’s ever been down the drag strip will tell you that horsepower only means so much. Instead, a car’s true grit can be proven once it heads out to the track to back up that power figure with some actual times.

This time, that’s exactly what FuelTech planned on doing. In order to flex the muscles on their latest creation, the car would be thrust down the quarter-mile and right away, it managed to knock home a 9-second pass.

FuelTech founder and CEO, Anderson Dick, says that one of the hardest things for tuners to be able to figure out is how to get the cars to shift well. Anyone who has spent a considerable amount of time trying to figure out how to tune factory General Motors transmissions or any factory transmission, for that matter, can definitely attest to this fact.

In any case, it definitely seems like this car is shifting mighty smoothly and it’s off to a great start. Down below, we get to join in with the track session that takes this Corvette to a personal best of 9.72-seconds in the quarter to the tune of 145 mph.

« Police Surprise Boy With Power Wheels Tractor After His Was Stolen