Funny Car Tries its Hand at No Prep Racing 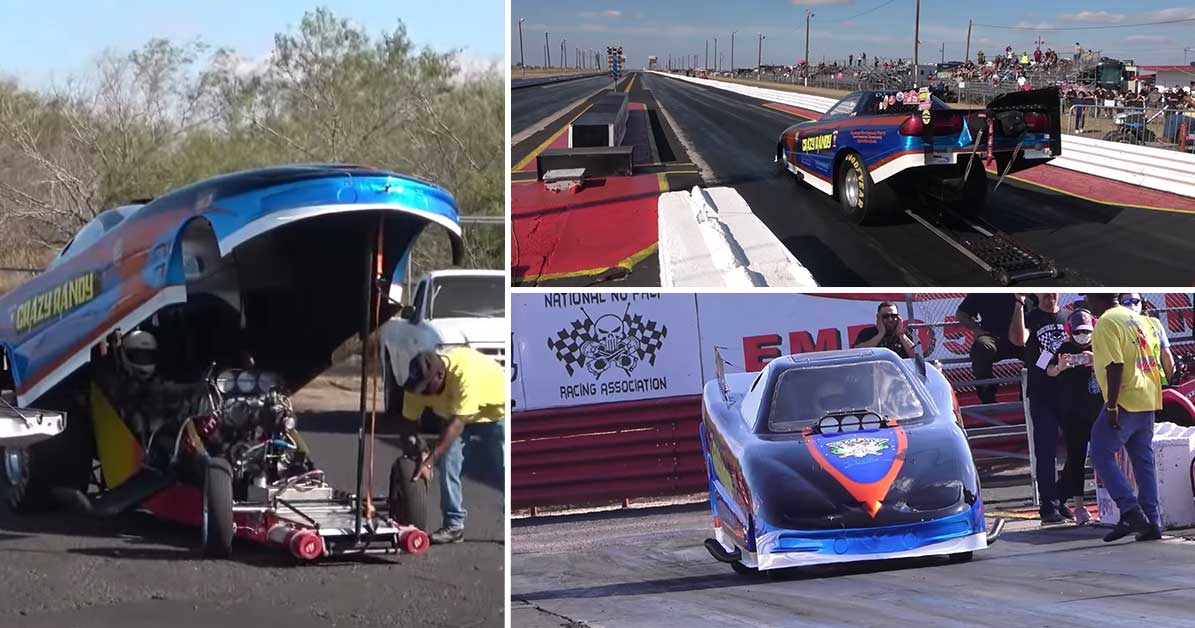 When it comes to no prep racing, the format really went so far as changing the game on the drag strip. Traditionally, lots of glue was laid down and there was a lot of attention paid to making sure that the surface would accommodate the cars on top of it with lots of traction. However, no prep stripped all of that away and challenged drivers to put down a lot of power to a track that might not necessarily be the best at handling that power. This is why we see cars going sideways and spinning the tires all of the time at the starting line.

With that in mind, a funny car isn’t exactly the type of machine that we would expect to see competing in the no prep race. Sure, a car like this could compete if the owner really put their mind to it. However, these set ups that are generally designed to lay down a ton of power, probably much more than a no prep surface can handle, just don’t really get involved in this sort of race all that often.

This time, though, thanks to the National No Prep Racing Association, we get to see what happens when a couple of those factors come together. In this particular outing, we head to Alamo City Motorplex for the Dirty South No Prep event as a funny car driver by the name of Crazy Randy steps to the plate and has his try at laying down a couple of passes on the unprepared racing surface.

There wasn’t really anybody for him to race as the funny car class was limited to one. However, watching this type of machine try to put down the power on this sort of surface definitely is something that we can’t help but be interested to see.