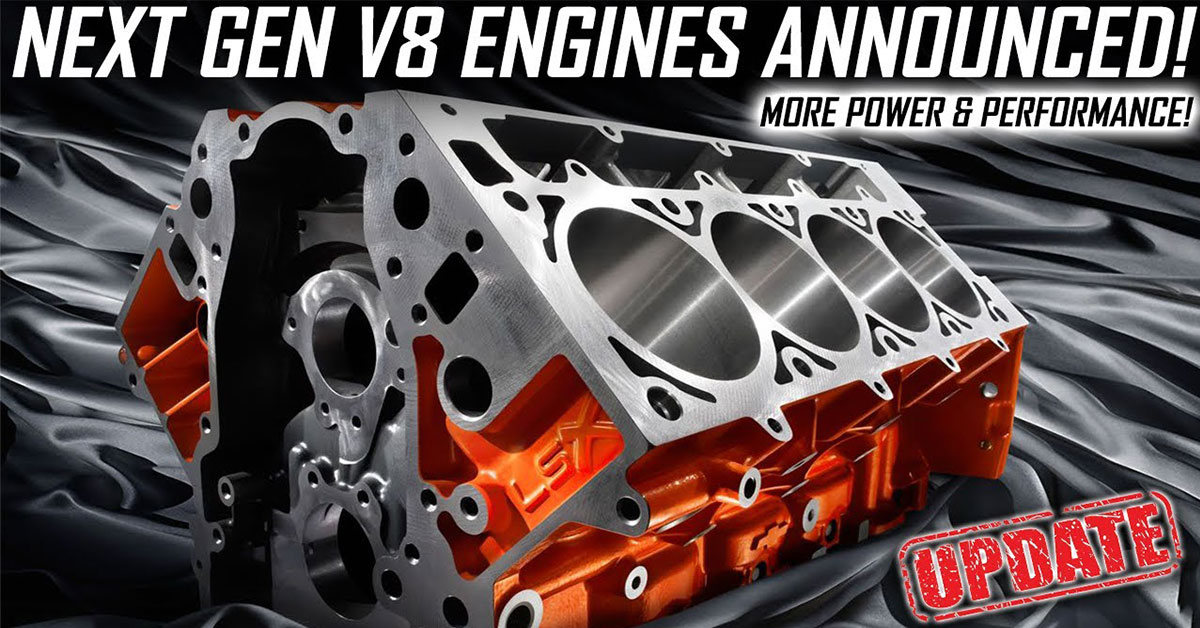 These days, it seems like no matter which way we turn, there’s some sort of news about the electric vehicle community growing in size. As EVs are the hot new technology, every media outlet wants to cover it and it seems as if lots of automakers are planning to turn completely to electric power in the foreseeable future.

However, at a recent United Auto Workers union event this past Friday, GM would pull the covers from its plans to move forward with combustion power after all. It appears as if the V8 will survive at least another generation as the announcement laid out nearly $1 billion in planned expenditures for the near future. $854 million of this investment will be dedicated solely to the development of GM’s six-generation small block V8. It appears as if the Flint Engine Operations facility in Michigan will be the biggest recipient of the newly announced work with $579 million in investments made at the location.

Naturally, here in the performance community, our minds turned to how this will impact models like the Chevrolet Corvette. However, it seems as if General Motors mainly referenced SUVs and full-size pickup trucks when talking about the new V8. They also implied that the development of this engine would help to propel them toward their plans of bringing along their EV architecture. GM is still looking at a transition to a fully zero-emissions line up by the year 2035.

Below, our host, Brian Mello, breaks down this news and how it might apply to vehicles of the future. He also argues that even though GM is planning to go zero emissions by 2035, consumer tastes might not support a full upheaval of the current system at that point in the timeline. Maybe, just maybe, internal combustion engines will stick around a little bit longer than the industry had anticipated.