GTO Goes Airborne, Launches Over the Wall During Pro 275 Qualifying 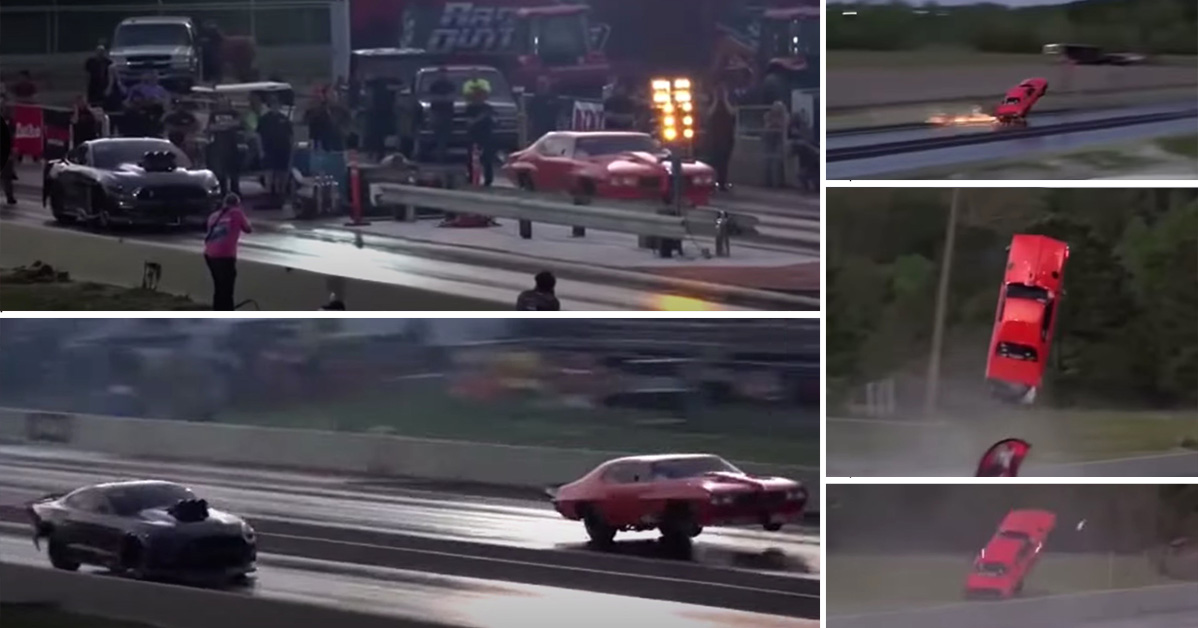 Tommy Youmans, the racer behind the wheel of a gorgeous Pontiac GTO took flight during a qualifying session this past week.

The Pro 275 competitor lined up at Alabama International Dragway in order to make a pass with the attempt of qualifying for a FuelTech Radial Outlaws event. Fresh off of a personal best in the GTO, Youmans was looking pretty solid heading into the event but ended up in a horrific accident during his qualifying round that has been seen around all corners of drag racing social media.

As the video shows, the 1970 Pontiac GTO ended up going airborne. Not only that but the car managed to lift up so high that it would clear the concrete barricade, coming down in the grass on the left side of the track. We’re sure that this probably felt like something that lasted for eternity from the cockpit.

As if that doesn’t sound like something to really get the adrenaline going, the fact that the entire thing happened at almost 200 mph is really enough to put things in perspective and on an entirely different level. We can’t really know what it was like to be behind the wheel of that car but Youmans says that he’s just happy that he didn’t clip the barrier on his way over it.

On the spot, the driver was transported to a local hospital. As far as we can tell, Youmans is still in the hospital and the extent of his injuries appears to be related to his back. It would appear as if the driver is expected to make a recovery and hopefully be back to racing again before long.

Down below, YouTube uploader, jimmy6969 shows the moment that had all in attendance in complete shock as they witness something that very few ever will.