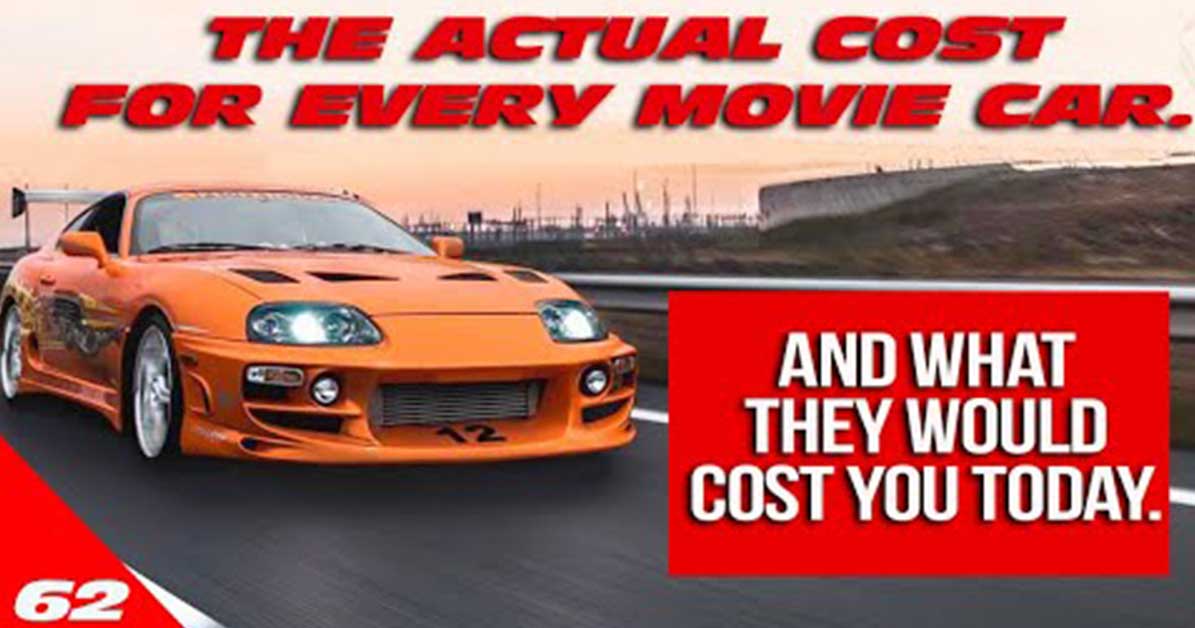 These days, we don’t think that a lot of people would be shocked to learn that the original Fast and Furious movie cars could bring a pretty penny. As the film has evolved and exploded to become something that’s larger than life, the originals are really sought after. However, at the time, nobody knew any better. The movie was essentially a small budget affair and the crew really had to pinch every penny in order to get the cars that they wanted.

The cool part was that, at the time, none of these cars were really as big of a deal as they are today. Sure, they might have been popular in tuner culture. However, as The Fast and the Furious really blew them up and put them on the map, the cars would multiply in value. This is especially true when we look at fan favorites like the Toyota Supra.

Considering this collection of factors, we actually learned that the original cars were purchased for a lot less than one might think.

When we look at the value of something today such as a typical Toyota Supra, it could bring somewhere in the hundred-thousand-dollar ballpark in 2021. With that, it’s kind of crazy to think that there were eight different Supras that were used to film for the orange car in the original movie that came to a grand total of $111,000 combined.

Let’s just say that with the Supra market exploding, the movie car is going to bring much more than that. One of the stunt cars which wasn’t even complete went for nearly $200,000 at auction several years ago. We would imagine that it wouldn’t be far-fetched to think that some of these hero cars could end up bringing seven figures today.

By following along with the Craig Lieberman video below, we got the rundown on what each and every machine was purchased for and just how much it might be worth in 2021.