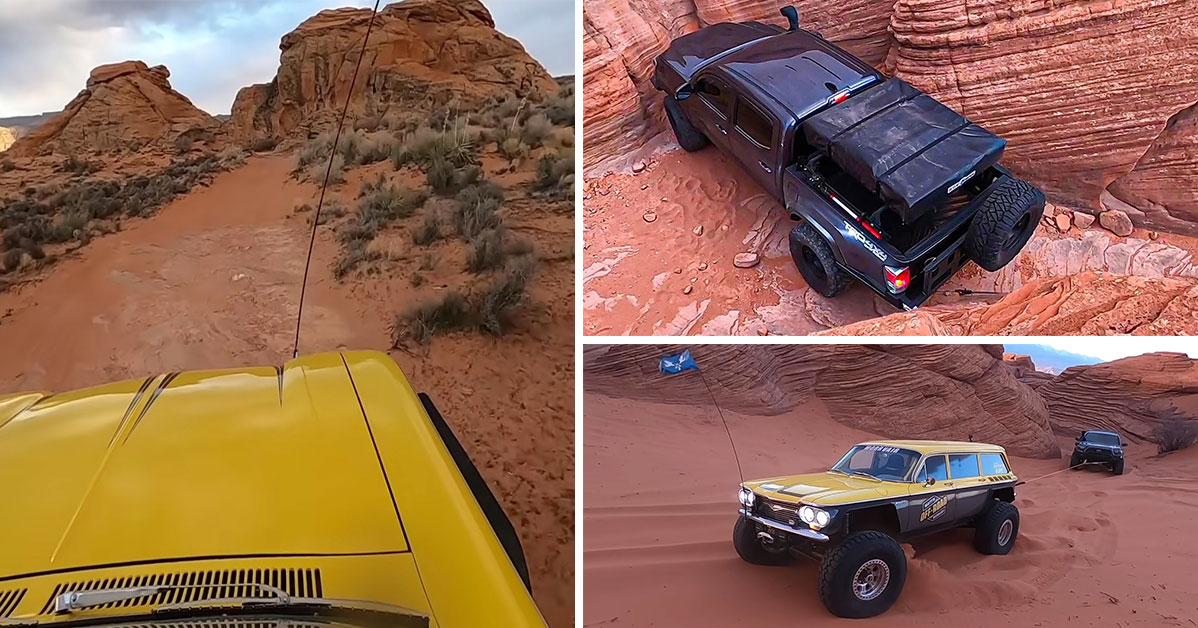 For those of us who take it upon ourselves to take our vehicles to the limits of the earth, there are definitely some concerns lurking over the horizon. Many times, it’s a good idea to use the buddy system so that when you end up trapped in the wild in the middle of nowhere, there’s some sort of way to get back to civilization.

What happens, though, when your vehicle goes down beyond repair out in this so-called middle of nowhere and it’s stuck in a position that is incredibly difficult to get to? Sometimes, rescuing a vehicle that’s stranded on the side of the road can end up throwing a curveball. Now, just imagine not having any roads in sight and facing terrain that is adverse and incredibly challenging.

This time, thanks to Matt’s Off Road Recovery, we’re able to ride along with a Toyota Tacoma rescue that is certainly one that’s going to throw an insane challenge in the direction of the rescuer. Toyota has been known for its right reliability and off-road capability. However, when this Tacoma driver ended up stuck in an area called “The Chute,” things went haywire.

The off-road terrain in Sand Hollow, Utah is known for its challenging nature. In fact, we constantly see photos from this area go viral due to the near-vertical climbs that can be found within.

In any case, down in the video below, we check in with the Toyota that certainly managed to get nice and stuck. Furthermore, the machine has been disabled to the point where it’s not going to be able to go anywhere under its own power. Instead of leaving an expensive truck behind to be reclaimed by nature, the following video showcases the rescue effort that certainly took some interesting tools and an obscure approach to rescue.