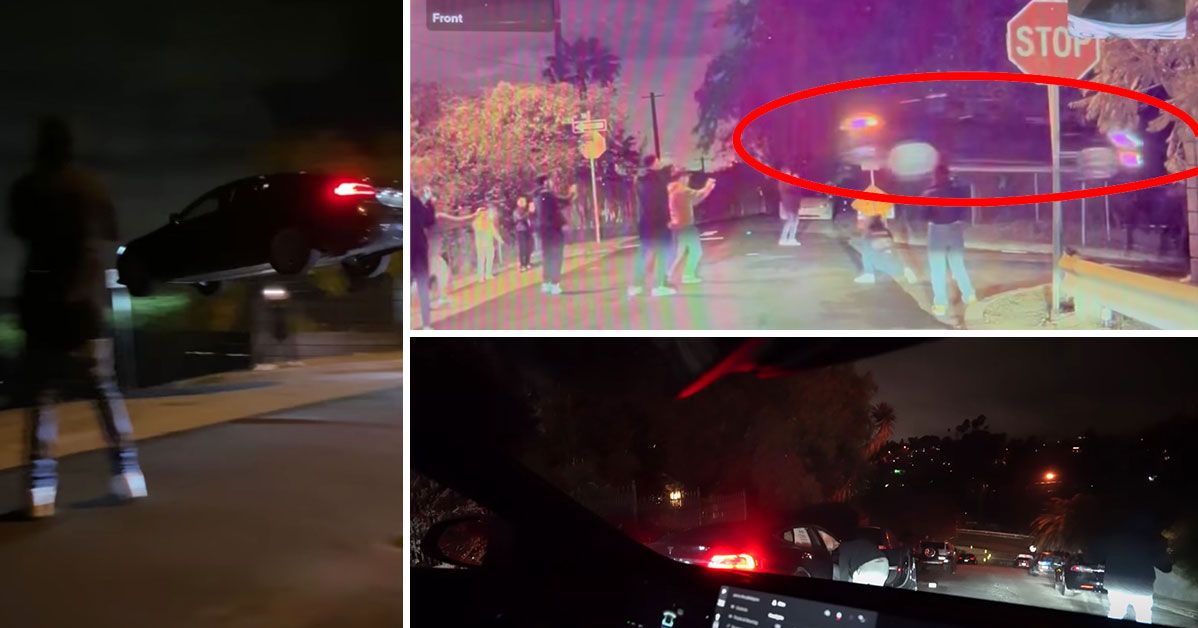 If your Instagram feed has been anything like mine over the past couple of days, you’ve seen a lot of one black Tesla Model S in particular. Apparently, a couple of contact creators were desperate for clicks so they took things to a dangerous extreme.

On what has been called the “steepest street in the nation” by news outlets (unverified), the person behind the wheel of Tesla decided to create his very own stunt.

A post shared by Best Community On The Gram 🦍 (@drilled2)

The video shows what happens next as the Tesla approaches the incline with as much speed as possible, launching off of it and going airborne. Before long, the Tesla comes down on the other side of the street, landing directly on its nose before miraculously ending up back on all four wheels once again.

The first thing that we think is that the person behind the wheel here is incredibly lucky to be alive. As the vehicle nosed over, it nearly ended up rolling but fortunately ended up back on the ground again.

The little stunt wasn’t without carnage, though. Instead, apparently, the Tesla would be absolutely destroyed as the person inside ended up getting into another Tesla before fleeing from the scene.

The owner of a nearby parked car would also claim that the stunt damaged his Subaru beyond being able to drive it.

Police are now on the look for the vehicle that they said ran into a trashcan and two parked cars. According to the news report below, they have a pretty good idea of who the suspect is and even have discovered that the Tesla that was jumped is a rental car.

I’m certainly no detective but with all of this information, we would be led to think that police will most likely make a rest here pretty soon.