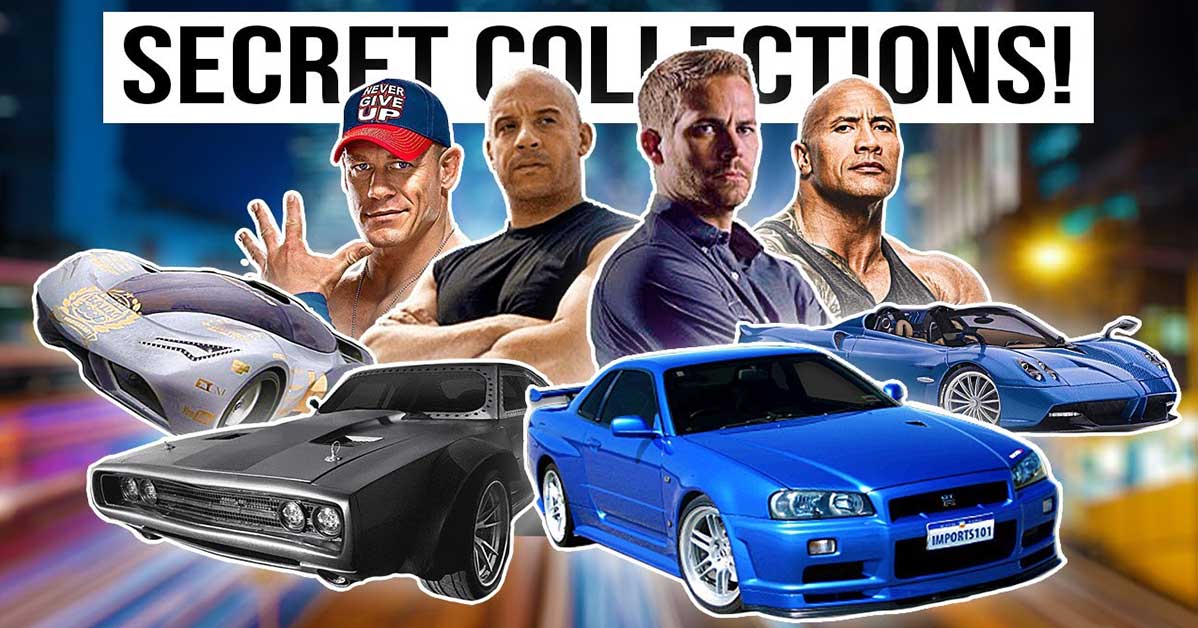 Over the years, I don’t think that there are very many people arguing with the idea that the Fast and Furious franchise has kind of gotten away from the concept of the cars being the stars. Back in the original films, the franchise really spits out some machines that drew mass appeal.

With that, we can’t help but wonder if the actors and actresses behind the film are actually into cars themselves. Naturally, when playing a role, it doesn’t necessarily guarantee that you’re going to be 100% invested in the subject material. However, as it turns out, a good variety of the folks that we see on screen actually do have a pretty big passion for things with wheels.

As one might imagine, with the different varieties of personalities among the cast, there are certainly going to be some different car collections as well. We’ve found that some members of the cast who we wouldn’t expect to be all that interested in cars have a collection as wide as the eye can see.

This time, thanks to Ideal Cars, we’re able to check in with a variety of machines that are owned by the stars that we’ve seen on screen in the Fast and Furious films.

By following along with the video below, we get a dive into the personal collections of Vin Diesel, John Cena, and even the late Paul Walker. It’s pretty crazy to see the variety and scope that we have here. On one hand, some of the cast are interested in a more off-road-oriented garage. Others might lean toward imports and some, naturally, seem to have fallen deeply in love with the many curves and angles of exotic supercars.

After checking in with this one, be sure to tell us which one of these car collections you would most want to add to your own personal garage.