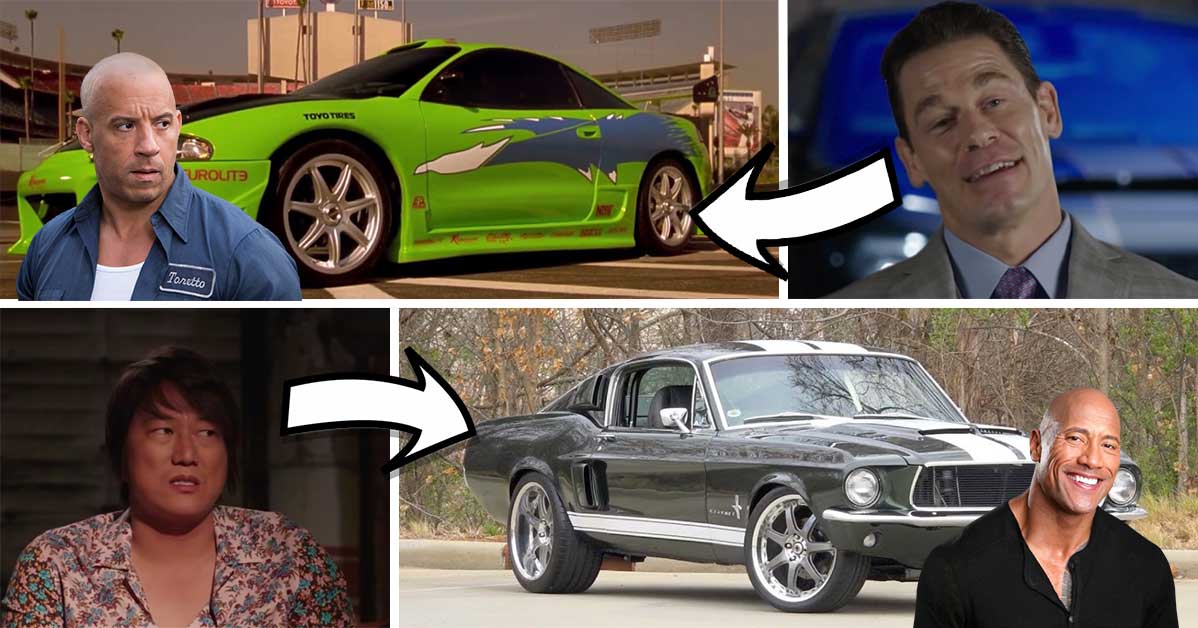 When it comes to the Fast & Furious franchise, it might be arguable that the cars are as big of stars as the actors and actresses themselves… all of those years of acting school just to be upstaged by a hunk of metal.

Sure, the story is a huge part of it but we would argue that its because of this idea of cars being the stars that the franchise has grown to the point where it is today. Sure, things might have gone a little bit off of the rails and into a whole other universe but the fact remains that cool cars are at the center of the Furious films.

Whether it’s back in the original movie with the Toyota Supra and Dodge Charger that captivated the audience back in the year 2001 or all of the high-end exotics that we see on screen these days, attention to detail has really been paid in picking out just the right machines.

This leaves us to wonder just exactly which cars are the favorites of the actors behind the characters. At the end of the day, we can’t help but wonder just how big of car fans these ladies and gentlemen are in real life. Certainly, even if they aren’t the biggest car nuts, they have to have a favorite along the way, right? With the plethora of impressive machines on set over the years, at least one has to reach out and touch you in a special way.

This time, we check in with the cast of F9 as they tell us about their favorite cars from the Fast & Furious franchise. Just like fans, even those acting in the series have found ultimate joy in some of the crazy rides within.

Down in the video below, we check in with everybody from Jordana Brewster to John Cena and even Tyrese Gibson as they tell us about some of their favorite rides from along the way.