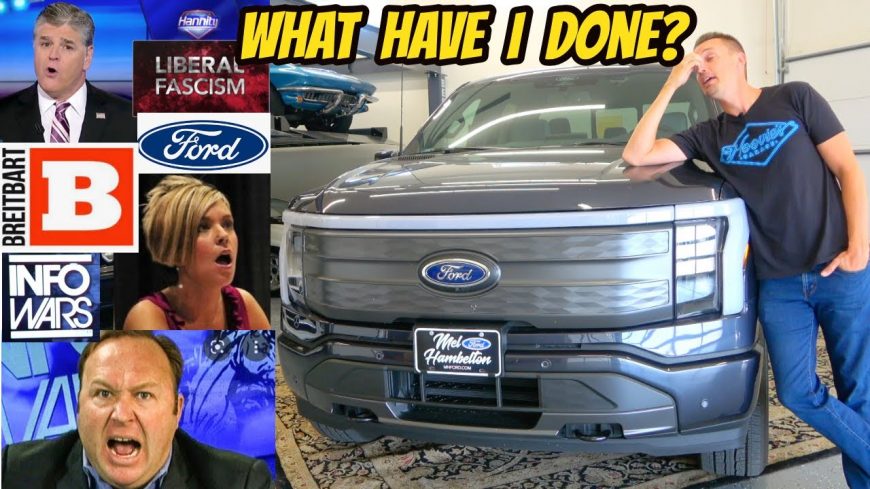 A couple of days ago, a video by Hoovies Garage really caught our eye. Within this video, our host was determined to test out the new electric-powered Ford Lightning to see just how well it could tow a trailer. Long story short, while this truck has plenty of torque to pull along a load easily, the range just doesn’t do much service. In fact, the truck’s range was cut down substantially, using about 90 miles of range in just about 30 real-world miles with a trailer on the back.

Naturally, in a world where electric vehicles are highly political, shedding a light on one of the Lightning’s not-so-great aspects managed to go rather viral. In fact, the video blew up so much that it caught the attention of some major news networks and a couple of shows that are pretty controversial.

The results of these news reports were a little bit cringeworthy and rather hilarious depending on how one looks at them. Essentially, the video from Hoovies Garage was used as political fuel to fight the battle against those who are trying to cancel internal combustion engines. Sure, states like California that pledge to stop the sale of new gasoline-powered vehicles by the year 2035 might be out of line but fighting back with disinformation as at least one of the reports did isn’t the way to go.

In this one, we check in with our host’s response to his own video along with his response to seeing that video on a variety of different news stations that seems to take things out of context. In addition, the creator takes a moment to talk about what he actually does like about the Lightning. Believe it or not, even though this shortcoming was the main point that went viral with the truck, Hoovie actually does seem to enjoy the pickup quite a bit.