How NOT to Break in a NEW Can-Am Maverick X3 (He Sent it and FAILED!) 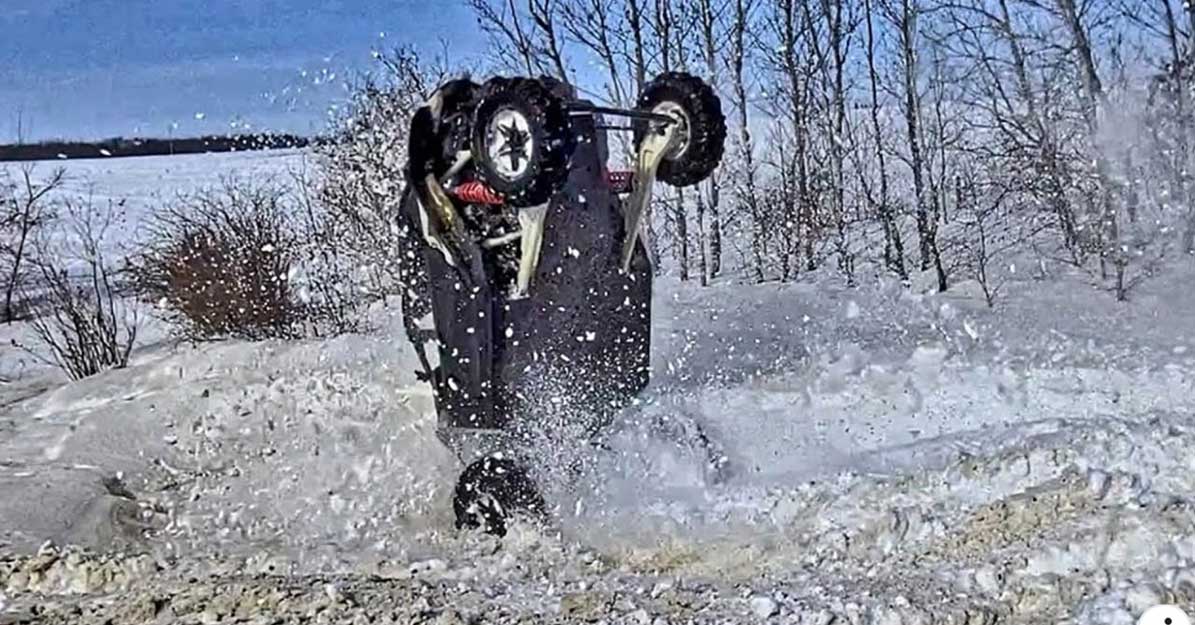 In the world of side-by-sides, there are really some amazing things going on. Even with the likes of a factory stock unit, we see some crazy performance. It’s pretty awesome to see something that came straight from the factory but has the performance of a vehicle that seems highly modified and upgraded.

With that, those who are behind the wheel of a new side-by-side can take it and throw it into whatever terrain they would like. This time, that’s exactly what we get to see as this new unit is getting broken in the right way… Well, almost.

When YouTube creator, ostacruiser, got his hands on a brand new Can-Am, he decided that he wanted to put it through the wringer immediately. With that, he would take on the snow, challenging himself to a little bit of unique terrain to see what his new machine could handle. However, before long, the man behind the wheel would end up biting off a little bit more than he could chew and the results were pretty crazy.

In what ended up being the final stunt of the day, the Maverick X3 would get together a head of steam on a dirt path before exiting the path. The idea was to enter a nearby snowdrift and hit a jump to send this thing airborne, seeing how well it will be able to handle an impact. However, it looks like the Maverick ended up landing wrong. Instead of continuing to roll on all fours, it seems like the snow was a little bit more absorbent than the driver had expected.

Naturally, this is when the front tires would sink into the ground and the machine would go flying! You definitely want to keep the rubber side down but that wasn’t what happened here as this brand new side-by-side ended up going tumbling. Luckily, nobody was hurt and the Maverick would live to drive another day. This is definitely an interesting way to break in a new ride!