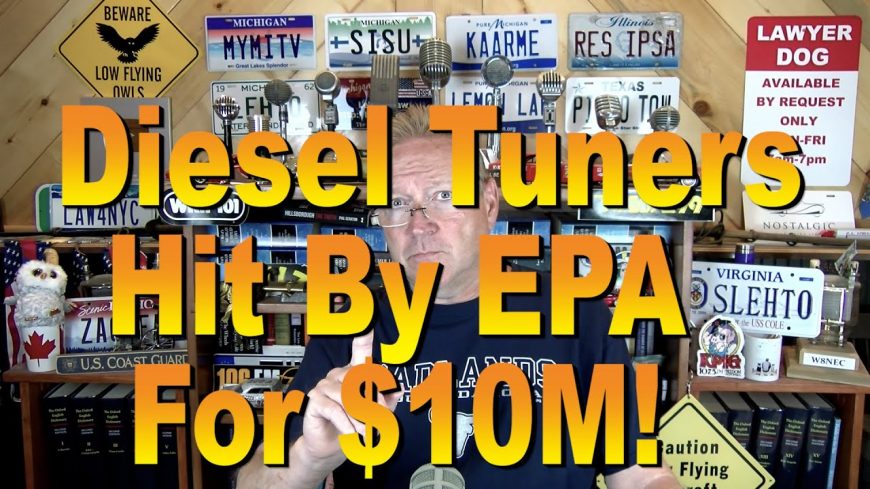 When it comes to the fight against all things that defeat emissions devices, the powers that be are downright serious about making sure that the aftermarket is completely shut down in this realm.

Stories have been circulating about the EPA dropping the hammer on those who modify diesel trucks to work around their emissions systems. One man even faced jail time for selling tuners.

This time, eBay is the most recent front on which the EPA is doing battle. Road & Track originally reported on the matter, citing a post in a private enthusiast Facebook group. When trying to list a Hondata tuner for sale, the user was greeted with a message reading

“eBay is not currently allowing any tuners, regardless of functionality, in order to ensure compliance with our policy prohibiting defeat devices. Please do not relist.”

The article goes on to confirm that eBay now has a “defeat device policy” that basically states that anything that alters or deletes a factory emissions system isn’t allowed on the site.

Hardware, software, and physical parts are all a part of the ban that lists “tuners, standalone ECUs, off-road exhaust systems, AFM disablers, throttle response controllers, and oxygen sensor bypass devices” as items that can’t be sold on the site.

The EPA and peripheral organizations have show that they’re willing to pursue legal action against any member of the transaction from suppliers to retailers and even the consumer.

Road and Track deduced that the EPA would “likely pursue eBay for its role in the distribution of the hardware it deems illegal under the Clean Air Act. That would prove very costly for eBay, as every illegal part sold can carry financial penalties of $4,819 as of January 13, 2020.”

As the EPA continues the strict crackdown on the automotive aftermarket, this appears to spell out a grim future for the industry

« Testing the World’s Most Hated Tool