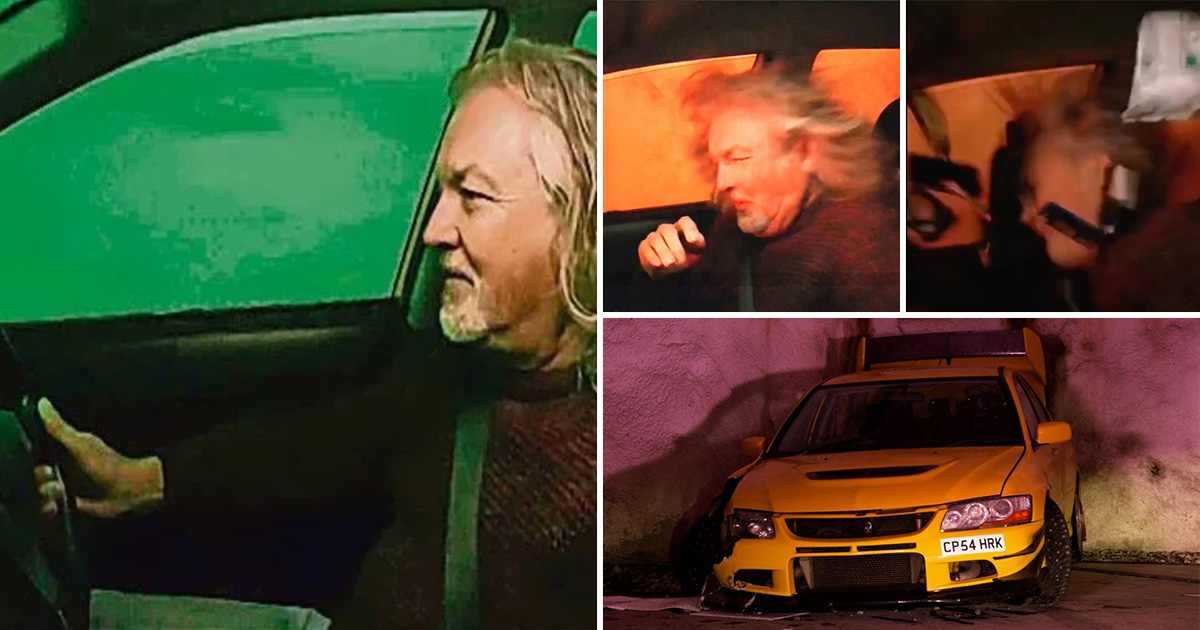 In August 2022, the car world would have its attention glued to one of the most well-respected automotive presenters in the industry. James May was reported to have crashed a car at about 75 mph after a stunt went wrong while filming an episode of The Grand Tour. The presenter was said to be hospitalized after braking too slowly and colliding with a wall.

In early September, the episode would finally air, showing the incident that sent May to the hospital where he would undergo tests to find that he suffered a broken rib.

While May is constantly joked about on the show as being the member of the team who likes to drive the slowest, that certainly wasn’t the case in this particular stunt. The idea here was to see who among the show’s three hosts could make their way through a tunnel the fastest before coming to a stop. When May failed to stop in time, the Mitsubishi Evo that he was behind the wheel of slid out of control and into the wall. Footage from inside of the car shows the presenter frantically trying to stop at the last minute before wrecking and suffering a pretty good amount of whiplash as the car slid sideways into the wall.

We aren’t quite sure what bits of the show were video editing magic and which parts were the presenter toughing it out. After this incident, though, the show did go on as the trio continued to push forward on their journey through Scandinavian countries after May made repairs to the battered Mitsubishi and trekked on with the machine.

For those who wish to tune in to the episode to see what happened for themselves, in context, it was a rather entertaining one. The first episode of season five can now be viewed on Prime Video.

« What REALLY Happened To Sue From Fast N’ Loud!? The TOXIC Relationship With Richard Rawlings