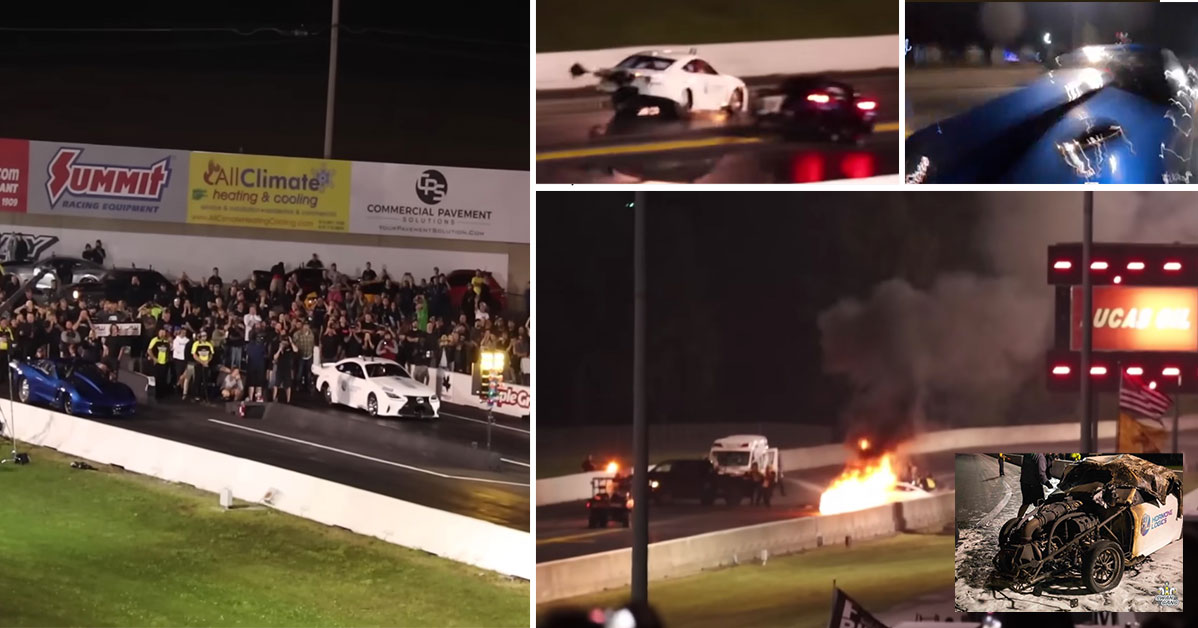 One of the wild things about drag racing is that you truly never know what’s going to happen. One moment, a pass might be going according to plan. Next, things can get bad in a hurry. While sometimes, the unpredictable nature of the sport can provide amazing moments like photo finishes, other times, it provides moments that we would all like to just forget about and put behind us.

This time, we take a ride back to No Prep Kings Maple Grove to check in with an incident that involved racers Justin Swanstrom and Dave Adkins.

It looked like, for the first couple of hundred feet of the race, everything was going according to plan. However, about halfway into the competition, things went from calm to rather violent as both rides suffered some issues. While Swanstrom’s car began to shoot flames underneath, it would appear as if he kept it in a straight line. However, almost simultaneously, Adkin’s Corvette slid out of the groove and into Swanstrom’s ride.

While slick tracks and cars sliding around can be the nature of a no-prep race, this accident, unfortunately, went to an entirely new level.

Following the collision that was bad enough as is, things only stood to get worse. Swanstrom’s car would eventually be engulfed in flames as it sat on the track. Fortunately, Swanstrom was able to remove himself from the car and hop over the wall before things got really bad.

Down in the video below, we watch the entire incident unfold as well as the aftermath that went along with it. No prep racing certainly has its fair share of risks and, while this is on the extreme side of things, incidents like this are most definitely a part of the no-prep “warning label,” if you will.

« The Difference Between a Harley Davidson And A Hayabusa!