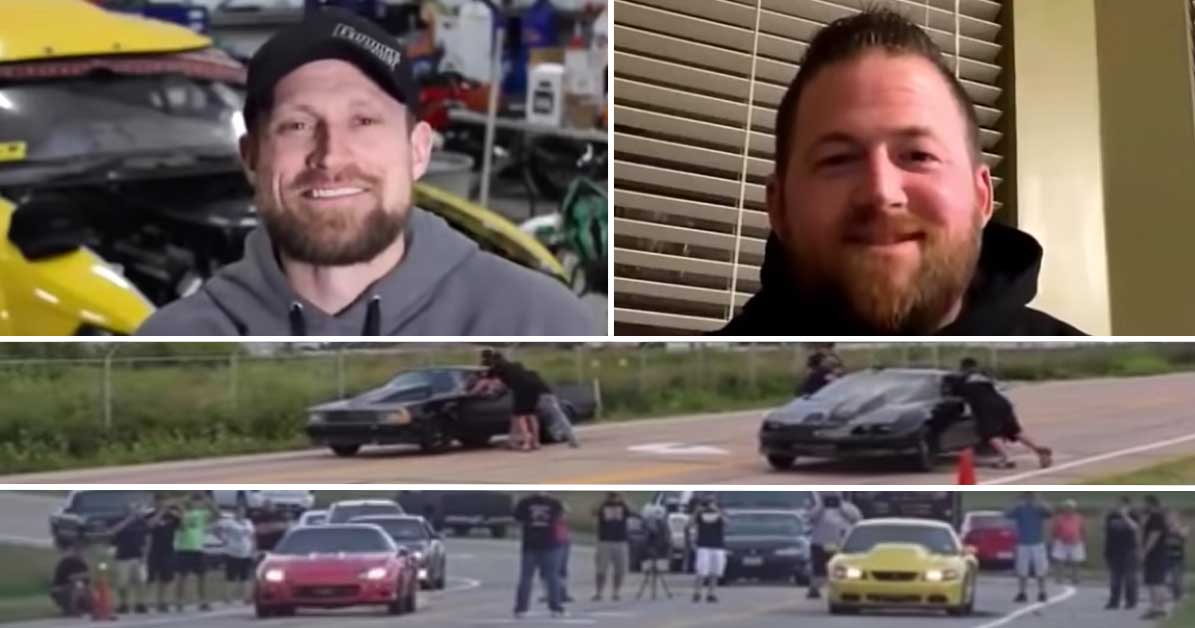 If there’s one thing that we can’t help but love, it’s an old-school street racing story. Sure, the competition that we see on screen with Street Outlaws is definitely a blast. The high adrenaline and well-manicured production is something to really be appreciated. However, on the other hand, there’s also a lot to appreciate with a raw bout of racing when nobody’s really watching.

This time, we join in with Kamikaze Chris and Boosted GT as they reminisce over a race that they both really seemed to enjoy. There was no money on the line or television cameras rolling. However, they seem to remember the day fondly as they really got to get down to the roots of why we all race in the first place – the spirit of competition.

As the duo recalls, the crew was out in Chicago for a little bit of filming for Street Outlaws. However, when the filming schedule eventually got canceled due to what they remember as bad weather, the duo wasn’t going to just go home and waste the trip. Instead, they were determined to head back out and race some of the locals, regardless of if it counted for television or not.

After being chased around from spot to spot by the police, they would eventually end up being able to get the race off. They say that it was even sprinkling rain a little bit and kind of sketchy as they raced in broad daylight but it seems like the kind of fun that we just can’t resist tuning in for.

Down in the video below, we watch as the pair throws down on the street and has some good old fashioned fun. In addition to being a blast to watch, this video serves as a reminder of just how far the 405 has come!