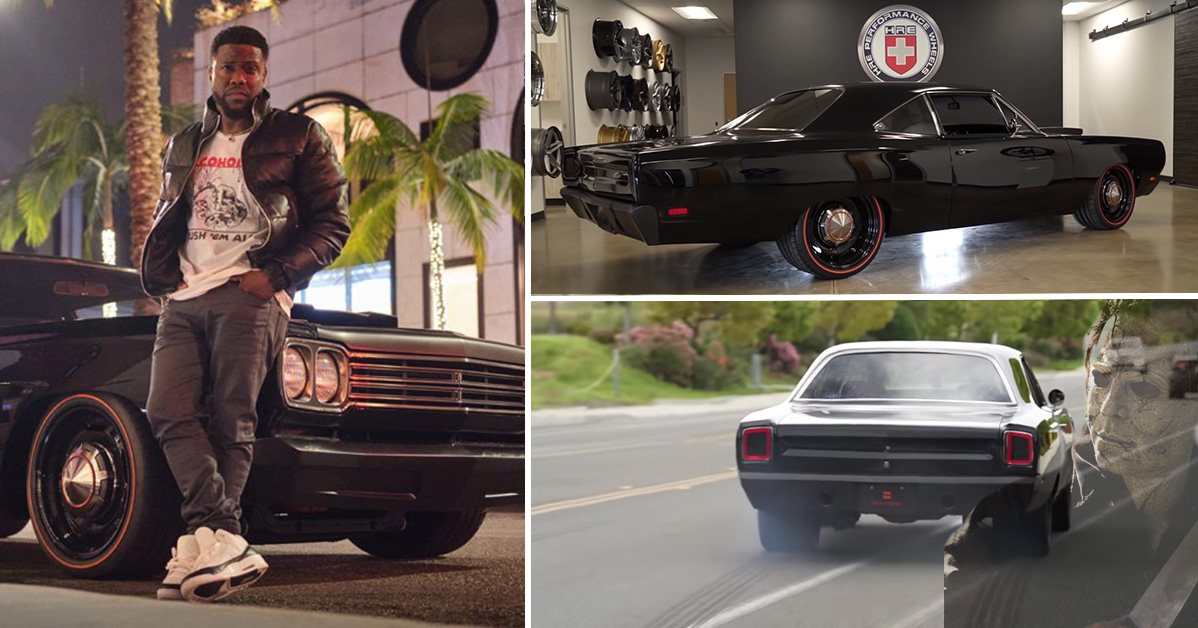 As fans of Kevin Hart have come to know, the multitalented entertainer is a bit of a car fanatic.

Hart doesn’t just buy the latest release to the market and fake that he’s actually a gear head, either. Instead, his love for cars goes much deeper as Kevin has been spotted behind the wheel of all sorts of classics and even highly modified machines as well. Hart has been known to dabble in some incredible one-off creations that take classic cars and turn them into complete beasts handcrafted to dominate the streets.

This time, we check in with yet another car in Hart’s collection that isn’t exactly in stock. Instead, this old-school ’69 Plymouth Road Runner built by Salvaggio Design has been modified in just about every way imaginable. For starters, the old-school ride has a little bit of new school muscle under the hood with supercharged Hemi power that cranks out about 940 hp.

The car that has been dubbed “Michael Myers” pays homage to its owner’s love of slasher films, in particular, the iconic horror film, Halloween.

This time, thanks for AutotopiaLA, we get to take a complete tour of the machine that combines notes of a classic muscle car with modern technology and tops it off with some big power. Just about everywhere that we look, this car has been modified in some shape or form. Some of the body lines have even been changed up to make the machine feel like something really special.

Down in the video below, we get the complete tour of the slasher-inspired muscle machine that has some serious “pop” behind it. With this build, we really can’t help but love the subtle touches that make it come to life in a very unique way and stand out from pretty much every other muscle car out there.

« Reviving a Truck That Has Been Sitting at an Abandoned School For 9 Years IN THE SNOW!