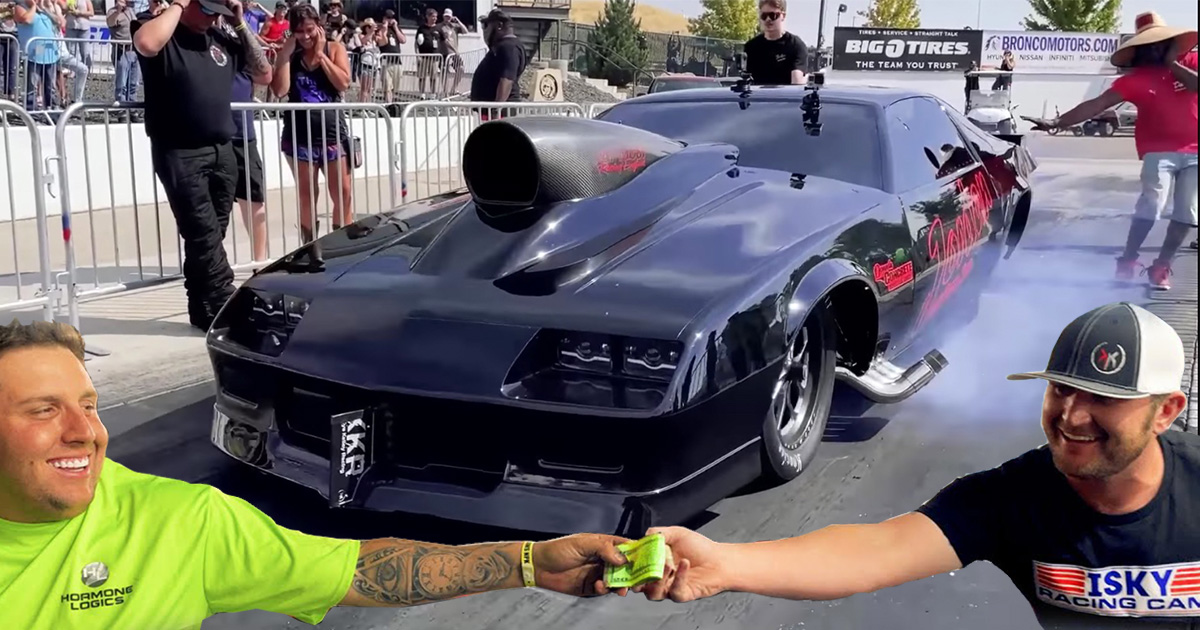 Of course, as television cameras roll, fans can get a peek at what racers like Kye Kelley are doing when they’re behind the wheel of their brutally powerful racing machines. However, for those who want to go a little bit deeper, thankfully, YouTube brings us to the scene of the action. Through YouTube channels like Kye Kelley Racing,  we go straight to the source, skipping all of the opinions and getting straight down to the facts of the matter.

This time, the subject of discussion is none other than No Prep Kings Idaho. As is always the case with these No Prep Kings events, all of the heavy hitters were on hand and vying for points and a little bit of cash as well.

Kelley took to his vlog channel to record some of the action behind the scenes and give us a different perspective on the races themselves. Up first, we tune in as Kelley goes head to head with another fan favorite in Justin Swanstrom. As if racing these high horsepower machines down the track wasn’t adrenaline-pumping enough, the two decided to put a little bit of cash wager on the race as well to make things just a little bit spicier.

Following that, it was time to really get down to business. After the grudge race, it seemed as if Kelley was determined to go home with the overall victory. In fact, he pushed his way all the way to the final round where he would go ahead to head with Ryan Martin. Kelley is certainly one of the fastest in the game but not even he would like to see that gray Fireball Camaro in the next lane over when it comes to racing for the win. However, Kelley also isn’t one to back down so, in the video below, we get to follow along with all of the action of that weekend including the thrilling final round race.