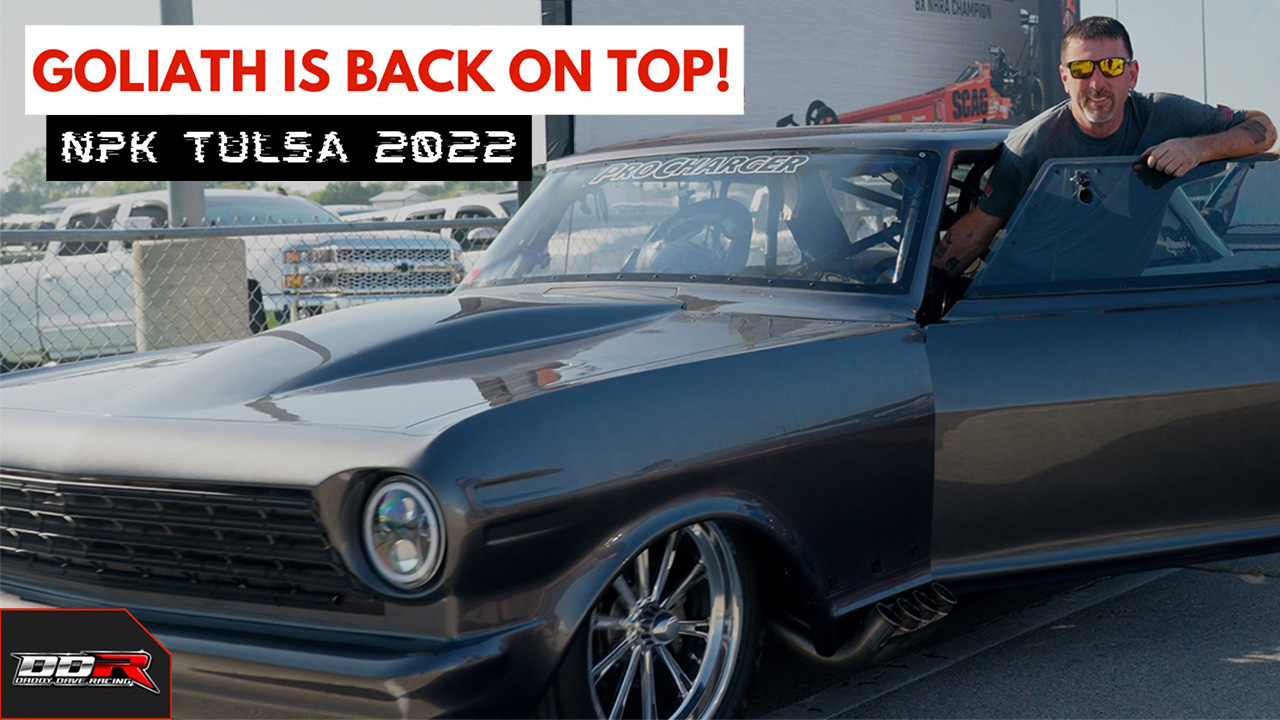 At any given time, there are plenty of cameras following around the Street Outlaws favorites like Daddy Dave. These days, Dave even brings his own cameras to follow along with the action just in case fans didn’t get their fill from seeing Dave and Goliath throw down on TV or at the constant string of live events that he races at.

With Dave’s vlogs, we get a unique perspective on the action that might’ve not been possible before. For those who are more detail oriented and really curious about what’s going on behind the scenes, this is an opportunity to dig deep and see the trials and tribulations that someone like Dave goes through before he’s able to roll up to the line on race day. It certainly isn’t as easy as rolling up, doing a burnout, and going wide open throttle!

This time, though, we get nothing more than raw action and a lot of it! While being filled in and learning all that we can is definitely an interesting endeavor, sometimes, we just want that pure action and the sound to go along with it. Simply listening in as these big tire no prep machines scream with all eight cylinders of glory is music to our ears.

In the video below, Dave takes us to No Prep Kings at Tulsa Raceway Park where we watch as Goliath soars down the track.

This is definitely a “speakers up” kind of video for those who enjoy the sounds that these no prep machines are capable of. During the video, not only do we get to see Goliath throw down but we also catch up as the car and Dave go up against a couple of familiar faces in Ryan Martin and Justin Swanstrom.

We have to say that even though Dave didn’t add commentary like he normally does, this video from Daddy Dave Racing is nothing short of an absolute win!

« The Most Expensive Pocket Rocket is an Absurd $10k, Let’s Dive Into It!