Launching the Largest Yacht Ever Buily by a Turkish Shipyard 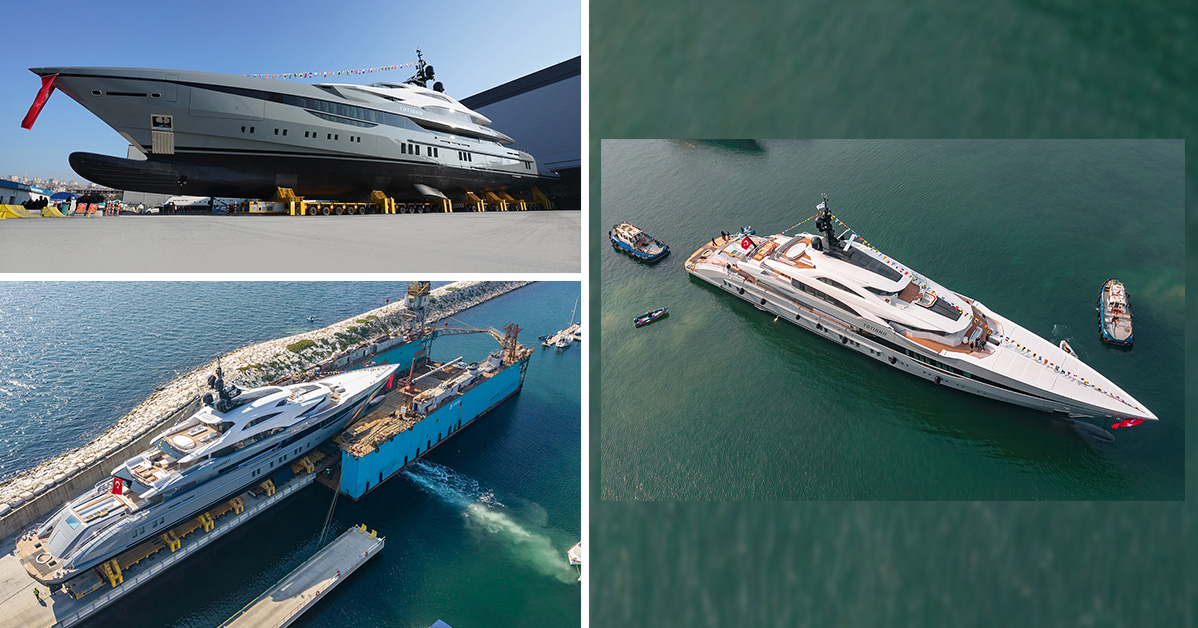 When thinking about launching a typical boat, it’s generally an operation that shouldn’t take any more than maybe an hour or so depending on how big the vessel is. For most boats, they can be slapped on a trailer and backed down a boat ramp where they drive off into the water. This process takes maybe 15 minutes in most cases.

However, when you’re talking about the largest yacht that was ever built by a Turkish shipyard, things are just a little bit more complicated. With the 263-foot “Tatiana” built by Bilgin Yachts, the effort would take an entire crew, several days, and lots of attention to detail. This is definitely a vessel that you’re not going to want to drop or bang into anything. Don’t forget that just about everything in the ordeal is going to be a tight fit as well!

This time, we get to ride along with some awesome footage that shows how exactly this megayacht was launched into the water. Essentially, instead of simply backing this thing down a ramp, the yacht is delivered to a platform and then the platform is taken out into the open water away from the marina. It’s at this point that the platform is submerged and the yacht is left to float.

So, if you’re wondering what the cost of something like this is, the vessel comes in with a price point of $100 million. That doesn’t include the $8-$10 million that it’s going to cost to operate it every year. We’re not sure if it includes the massive effort to launch the boat, either!

However, if that’s a little bit too rich for your blood, Tatiana actually is available for charter for a slightly cheaper price. For somebody looking to spend a week aboard this gorgeous vessel, it will cost about $775,000 according to Charter World.