Lawnmower Ice Racing is as Much Intensity as You Can Get, Even The Kids Come To Race!

Lawnmower Ice Racing is as Much Intensity as You Can Get, Even The Kids Come To Race!

If there’s one thing that we can definitely say about rednecks, it’s that ...

If there’s one thing that we can definitely say about rednecks, it’s that they definitely have an eye for fun. It doesn’t matter if there’s a ton of money involved or not. Someone who labels themselves as a redneck knows how to have a great time. This time, we check in with a Facebook uploader who goes by the name of RedneckComputerGeek, and with this uploader, what we are graced with is nothing short of the redneck winter Olympics.

For those who aren’t in the know, lawnmower racing is actually a pretty competitive sport. Popular in the state of Maryland, it’s not all that uncommon to see some folks throw down on highly modified lawnmowers. However, this group takes it to an all-new level as they throw in a new element, subjecting their modified lawnmowers to a little bit of ice. With this combination, things are sure to get a little bit tricky and also a little bit more interesting.

When all is said and done, the factors come together to show off a presentation that we’re pretty sure would appeal to just about anybody with a need for speed. There’s just something about watching this crew slinging these lawnmowers around on the ice that seems so inviting to the point where we can’t help but want to get behind the controls and try this out for ourselves. As we said, the machines aren’t high-dollar race cars but these guys are having an absolute blast competing.

By following along with the video below, we get to tune into the action for ourselves. With a simple setup and a little bit of modification, this sport looks like one that we definitely want to be all-in on!

How can you look at a video like this and not want to go and try it out for yourself? 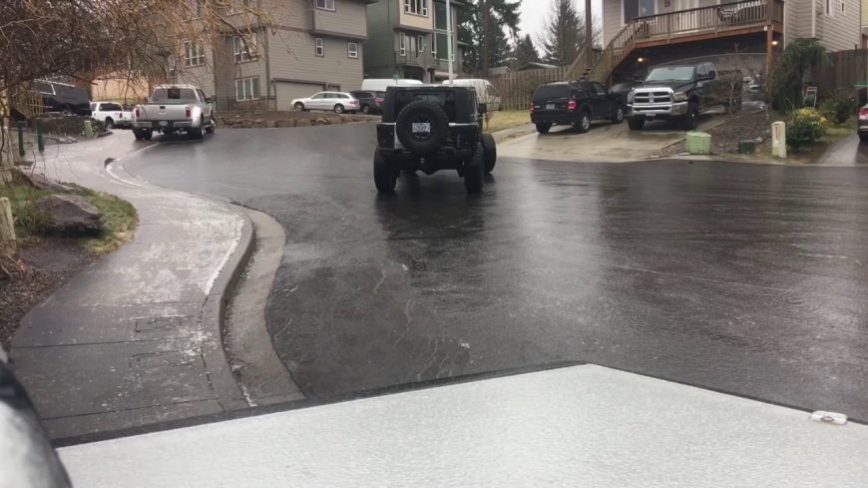