Lizzy Musi – “Bonnie Will be Back” Following No Prep Kings Wreck 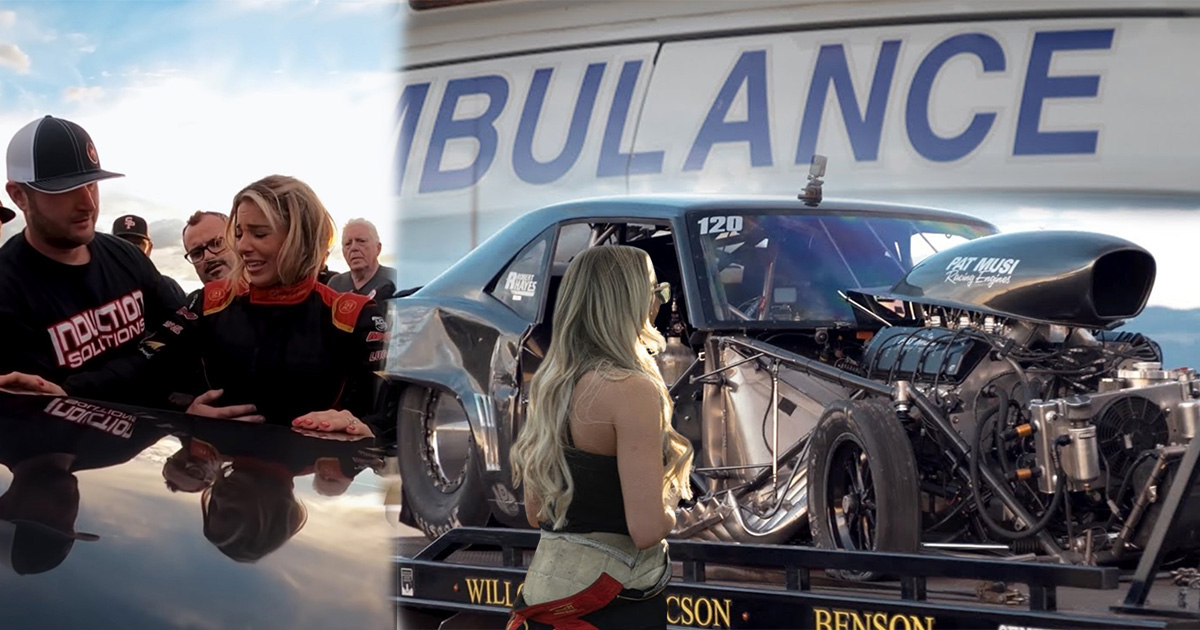 No Prep Kings competitor, Lizzy Musi, and her car, Bonnie, have been going through some challenges recently.

Eventually, though, at NPK’s Tuscon Great 8, it would feel like everything had worked its way out. After countless hours by the crew spent getting the car right after some “unpredictable” tendencies that would have the machine swerving to the side unpredictably, Musi expressed gratitude to her crew.

In fact, the racer says that she was pretty nervous making the pass after the adjustments were made as the car seemed to want to put her in some pretty dangerous situations. However, after putting in the hours, both Musi and her crew seemed to think that they had the machine figured out after working some late hours to get the car fixed and they were ecstatic after making it through the first round of the race.

However, during round two, things would take a turn for the worse. When Musi drew top billing competitor, Ryan Martin, things looked good for her off of the line. It seemed as if Musi had been able to get out ahead of Martin on a pass that looked like a sure win. However, the substantial lead would quickly turn into a nightmare as the suspension issues that they thought were ironed out appeared to come back, jerking the car to the side and sending Musi into the wall. Not only that but the car would slide across the track and hit the other wall as well.

Following the incident, Lizzy did complain of head pain but posts to her Facebook page imply that she will be back racing very soon. The video below posted to Lizzy Musi Racing gives us an idea of exactly what the driver and her crew went through that weekend. Videos like this really give us the inside scoop on how stressful the life of a racing team can really be and all of the effort that they go through in order to bring fans the best product possible.

« Rear Steer Ram 6×6 Crab Walks Down the Highway, Taking up 2 Lanes at a Time