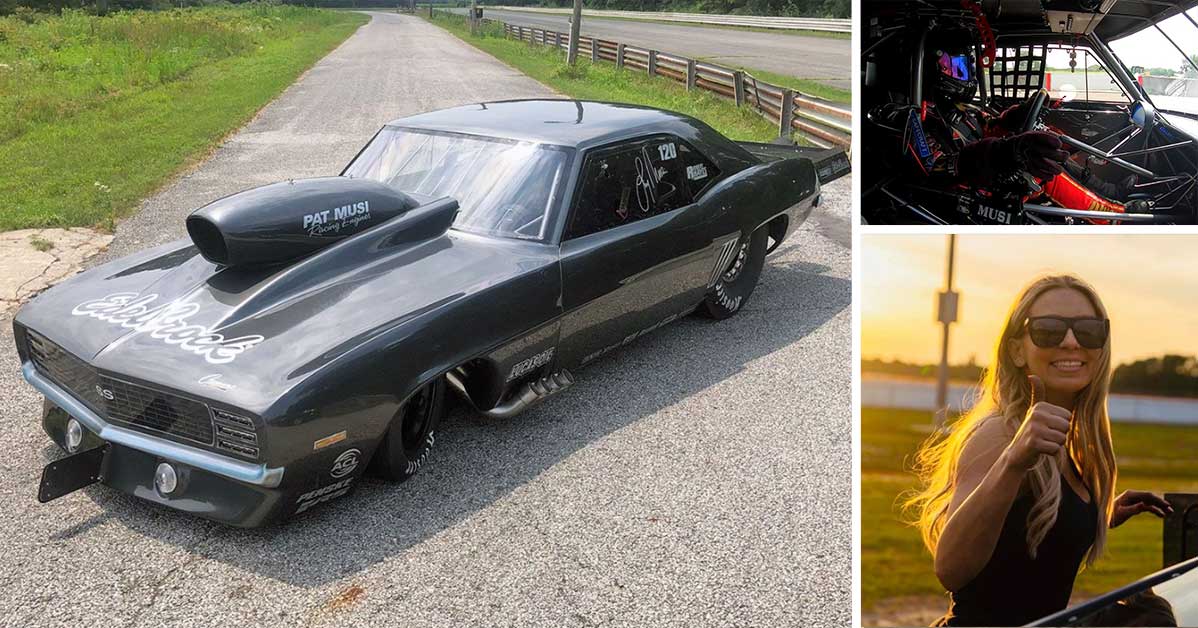 There are a couple of names on the No Prep Kings circuit that just can’t be left out of the “top dog” conversation. Let’s just say that Lizzy Musi is one of those drivers that you can really count on to make a push for the win.

For those familiar with Musi’s run-in no prep, they probably know her for the late model Camaro that goes by the name of “Aftershock.”

However, recently, things have been switched up just a little bit as she will now be wheeling a ’69 Camaro that has been built purpose-built for Street Outlaws. According to Dragzine, the car is a Robert Hayes Race Cars creation that has been built with consultation from Pat Musi on the build. Musi told the publication that “It’s a one-of-a-kind car and I don’t think there’s anything nicer around.” He also chimed in with the fact the car has a steel roof and quarter panels, proclaiming that every consideration has been made from top to bottom, including the 959 cubic inch Pat Musi Racing Engines nitrous combo under the hood.

Let’s just say that the product of hard work definitely shows in the looks department and if history has anything to say about the future, it should be a performer as well.

Up until now, we haven’t seen the car make passes. However, at the upcoming No Prep Kings event in Epping, New Hampshire, Musi will debut this car in its first competitive action.

Down in the video below, The Racing Vids showcases the first action that the machine has seen. As we watch the car make some test passes down the surface at Virginia Motorsports Park, we can’t help but feel a spark of excitement for the future. It’s only a matter of time before the machine is throwing down for real.

Catch Musi and this mean machine at New England Dragway on July 16-17.

« How Race Oil is Made – Behind the Scenes at HPL Oil