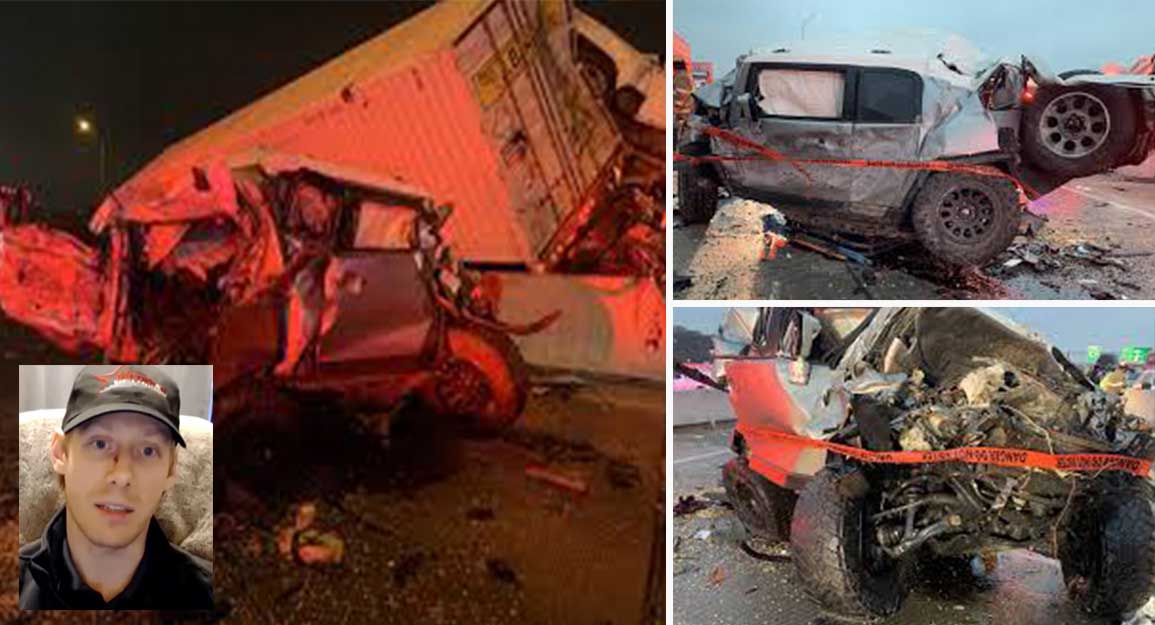 February 11, much of the world would watch in horror as a crazy scene unfolded in Fort Worth Texas. Multiple fatalities occurred as roadway conditions had iced over, creating a set of circumstances that was incredibly unfamiliar to Texan drivers. However, prepared for it or not, there wouldn’t be much that any driver could do to avoid the black ice on the scene. The count of cars would soar north of 100 as motorists could do nothing but hold on as slick conditions created a massive pileup.

One of the individuals involved in the accident was a paramedic on his way to work. Trey McDaniel approached the incident on I-35 and like many others, there wasn’t much that he could do to avoid the collision. Behind the wheel of his Toyota FJ Cruiser, McDaniel ended up colliding with a massive pile of vehicles, sending him into the oncoming lane of traffic and rendering his vehicle unrecognizable. Instead of an SUV, the machine looked more like a crushed soda can with wheels underneath it. In hindsight, the fact that the SUV went flying might’ve been for the better as McDaniel recalled a semi-truck trying to stop behind him on the ice as well. 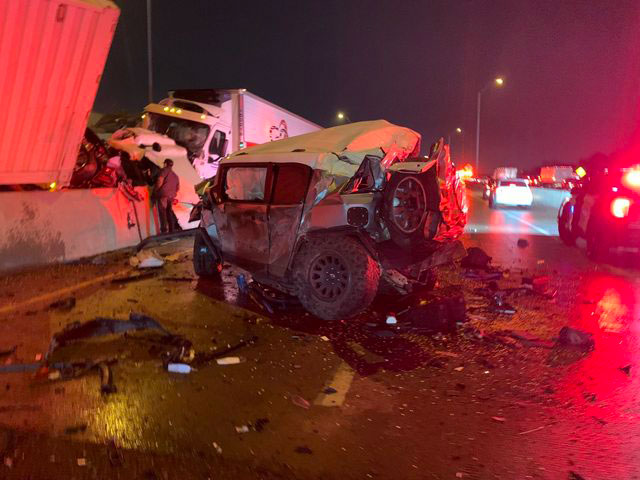 Fortunately for McDaniel, there are no style points when it comes to accidents. Even though the FJ Cruiser looked pretty bad, what was really important was that McDaniel was safe. Many times, vehicles have countless systems and points of engineering that are designed to crumble under pressure in order to keep occupants as safe as possible. We can’t speak specifically on the Toyota in this case but we’re left to assume that these systems did their jobs here.

Following the accident, McDaniel even recalls attempting to leave the vehicle to help others in his confused state.

Later, McDaniel went to an online message board, Reddit, in order to show off the carnage from the accident, posting a picture of his Toyota to the message board with the caption “Brothers. I was in the Silver FJ on I35 yesterday in Fort Worth that got launched into the Northbound lanes. That Toyota saved my life.”

This is when Toyota stepped in and decided that they wanted to help, commenting that “We’re just glad you’re safe and inspired that you chose to help others in need. We’re happy you’re part of the Toyota family. So, don’t worry about replacing your vehicle – it would be an honor for us to get you a new one!”