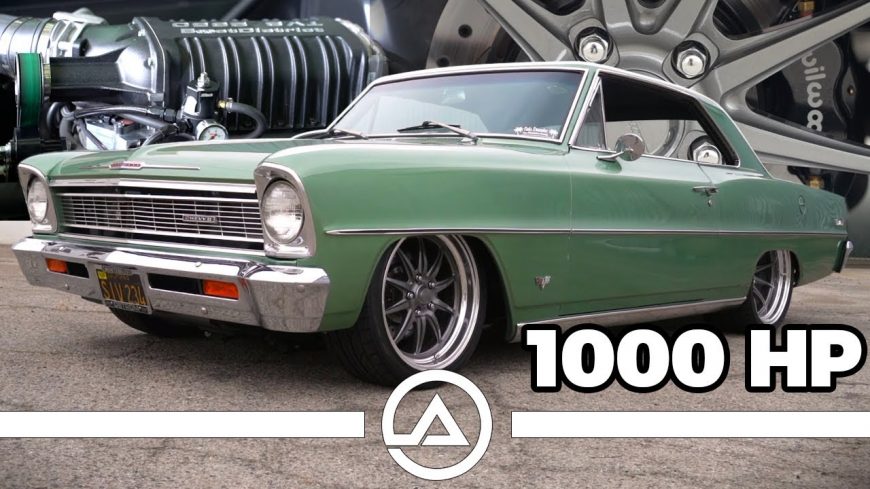 Back in 1967, the car world was treated to something pretty special with the Chevrolet Nova of that year. All these years later and the car still is a favorite in the automotive community. There’s just something special about the angular lines that we don’t really see anymore that makes these machines really come to life.

However, it doesn’t matter what car it is, over the years, the technology under the hood is going to become a bit dated. For some who aren’t all that into going fast, maybe that’s not such a bad thing. However, if you want to push in the long, skinny pedal and feel like you’re driving something that’s more powerful than a Honda Accord, a car like this particular Nova is going to need a bit of an upgrade under the hood.

For this particular machine, such an upgrade is absolutely something that it received. In place of the original power plant, this wild ride would get the heart of a monster. While it originally started out as a naturally aspirated LS3, the build has since climbed to an even more stout and formidable point. In addition to the LS3, the Nova is now fitted with a cam and a supercharger. When all is said and done, the combination is good for 926 hp at the tires which is more than enough to please just about any gearhead. Oh yeah, and did we mention that the driver will feel every pony under the hood as the car features a stick shift as well?

Down in the video below, AutotopiaLA takes us to the scene of the action, checking in with this machine that has had just about every nut and bolt touched in one way or another. While the ’67 Nova is already a pretty special car to start with, this particular example takes things to a whole new level.