Murder Nova Comes Inches From the Wall, Recovers and Takes the Win! 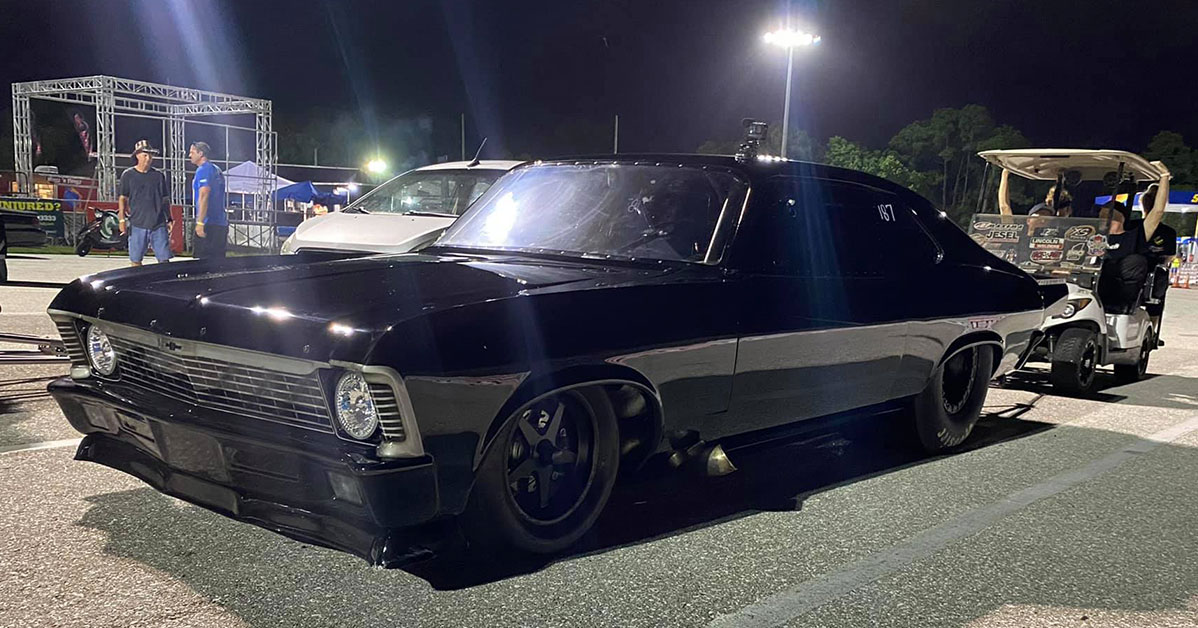 When it comes to the no-prep racing surface, we absolutely never know what’s going to happen. There’s a certain excitement that underlies when combining high horsepower machines and a surface that doesn’t exactly promote traction.

Let’s just say that when push comes to shove in this format of racing, it’s all one great big pressure cooker and things can definitely get a little bit dicey if just one small piece of the puzzle ends up out of place. Many times, these elements that end up completely changing the course of a race are out of the control of the driver and the team behind the car.

In this particular situation, we check in with the one and only Murder Nova as things definitely didn’t go according to plan when he rolled down the lanes against “The Professor” and his ProCharged Dodge Dart at No Prep Kings at Bandimere Speedway. As with any other race, at the beginning, everything seemed to be going smoothly. However, before he knew it, Shawn Ellington would be face to face with a decision as his car was gliding toward the wall.

As we review the footage, we find that the car came incredibly close to striking the wall in a situation that probably had the Murder Nova crew holding their breath. Fortunately, after the incident, Shawn was able to keep control of the car. In fact, he kept the machine rolling down the track in the right direction until he was eventually able to go home with the victory. This is certainly a situation where experience goes a long way. While Shawn was able to keep the car out of the wall, a less experienced driver might struggle with keeping the show on the road and out of the wall!

By following along with the video below from National No Prep Racing Association, we come face-to-face with that scary moment and watch as Ellington was able to overcome. In fact, not only did he manage to go home with the win after that race but it seemed like he brushed off the scare and got back on the horse, ready to tackle the next couple of rounds as well!