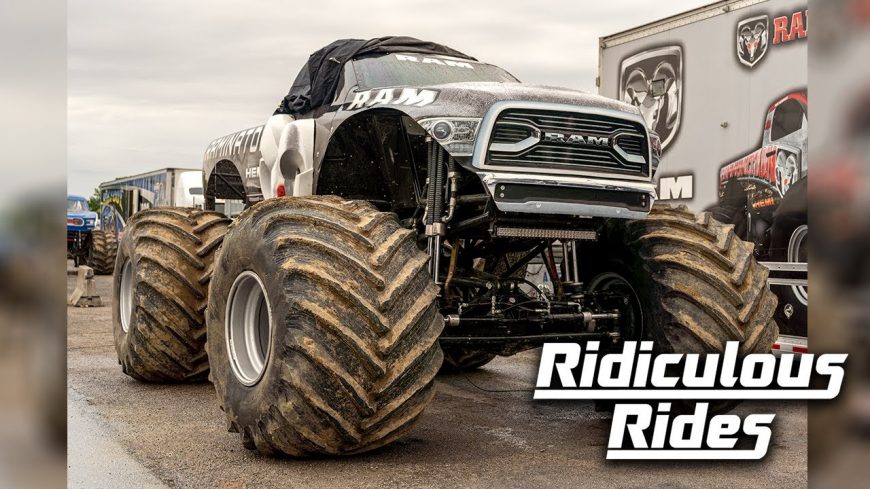 Standing at a height that is larger than life, monster trucks can really do a lot to amaze their audience. Generally, fans can expect these massive trucks to rip around on courses and even crush cars while they seem to defy gravity. Sometimes, they might even head over a jump as they soar into the air. One thing that we don’t expect out of monster trucks, though, is to go breaking any top speed records.

That isn’t to say that they’re not powerful or impressive. However, when something is weighing in at tens of thousands of pounds and its main function is destruction, nobody really thinks all that much about how fast these things can go.

In order to get there, they made use of 2000 hp under the hood of a truck called the “Raminator” that takes on the appearance of a Ram pickup truck!

Down in the video below from Barcroft Cars, we’re able to dive into this monster of a machine to see how exactly was able to achieve nearly 100 mph. This isn’t a monster truck disply that you’ll see every day as the limits are being pushed which we can’t help but absolutely love. When it comes to a little bit of friendly competition there’s nothing like someone who’s willing to go above and beyond to set a record!