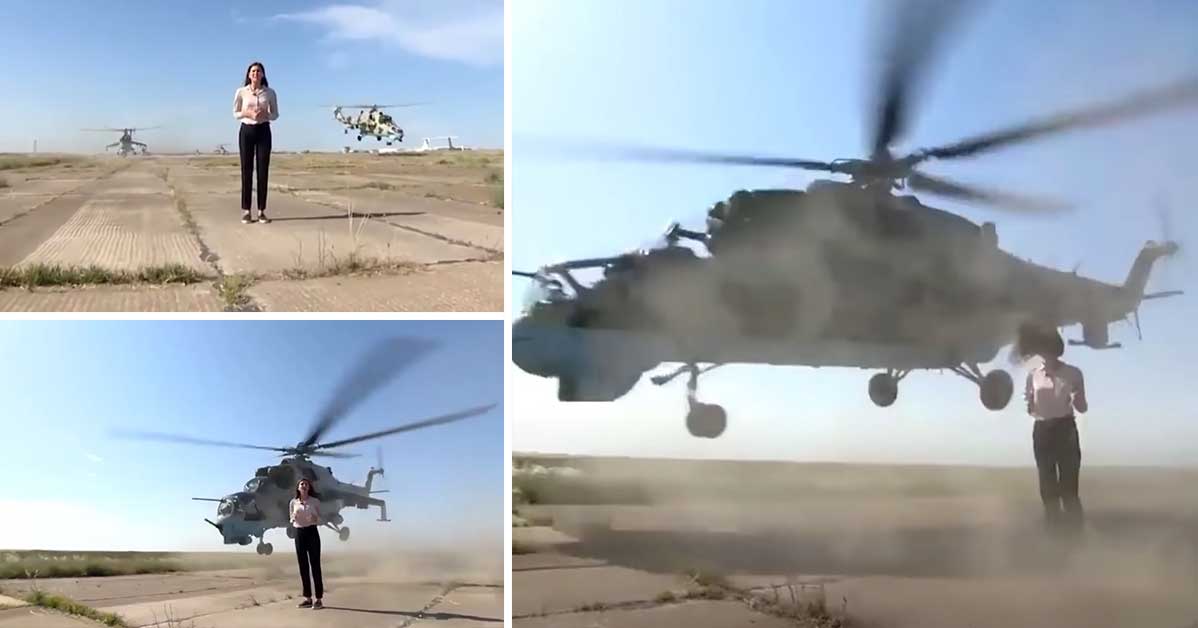 When it comes to the world of aviation, it’s not hard to imagine that lots of precautions need to happen to make sure that everybody has a safe experience. Close calls are never a good thing because usually if a close call goes the wrong way, it’s not going to just end up in injury. Things will probably get much, much worse than that.

However, if we take a scan throughout the pages of the internet, we find that there are a lot of close calls that probably could have been avoided. Let’s just say that a lot of people involved in these are probably going to end up losing their jobs or getting a strict reprimanding.

This time, we tune in with one of those situations that got incredibly scary.

In this one, we’re set up with the information that there is a reporter looking to run a story. The plan is said to send the military helicopters in the background flying past the reporter for a little bit of a cool shot during a news report.

We have no idea how things escalated the way that they did. However, it looks like the pilot ends up getting a little bit closer to the reporter than originally anticipated.

While this one could have gone incredibly poorly, fortunately, the helicopter did miss the reporter enough so that everybody was able to walk away injury-free. A couple of feet in the wrong direction, though, and we probably wouldn’t be running the story at all.

Down in the video below, we tune in with the close call that certainly is going to leave a couple of jaws on the floor. In addition, we check in with the rest of an episode of your weekly dose of aviation that takes on some of the closest calls and craziest moments in the world of flight.