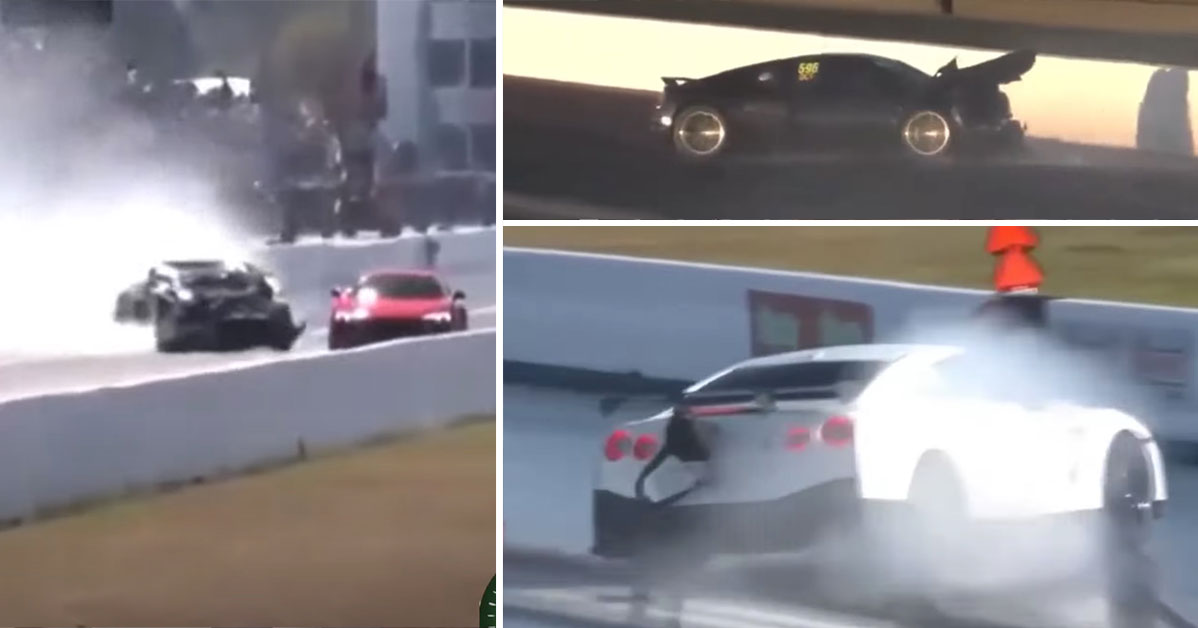 Motorsports fans who like their action in a straight line most likely have heard of the festivities that happened down in Houston at TX2K. For those who aren’t familiar, TX2K is essentially the roll racing nationals, bringing out some of the most potent builds from all corners of the country to go toe to toe in a quarter-mile roll racing format.

Each and every year, these machines rack up speeds of 200 mph or more as they push their way down the racing surface and past the finish line. Furthermore, the event has become incredibly popular due not only to the event at the track but also to what happens afterward. The streets of Houston become packed with all sorts of car meets and racing action into the late hours of the night and even the morning as the sun comes up.

This year, we dial ourselves in to check out a portion of the action from the actual event at the track and there was certainly no shortage of drama as some of the high horsepower competitors seemed to struggle to make their way down the drag strip without sliding out of control.

This year, it seems like a higher number of vehicles that tried their hand at the roll racing event have found their way into the wall. We’re talking about cars that each cost hundreds of thousands of dollars sliding sideways at 200 mph.

Down in the video below, it appears as if one YouTube uploader by the name of The_1st_60ft_Videos took it upon themselves to compile the craziest wrecks from this year’s event, showing all of the high-end exotics spinning out of control, including a couple of exotic vehicles like Audis, Vipers, and even a Lamborghini. At over 200 mph that’s probably going to both hurt physically and hurt the wallet.