When it comes to going off of the beaten path, there are a lot of vehicles to choose ...

When it comes to going off of the beaten path, there are a lot of vehicles to choose from. Naturally, all of their respective manufacturers want to boast about being the best at what they do but at the end of the day, they can’t all be the best! Instead, as consumers, we are left to different mechanisms like reviews and owner opinions to learn what certain rides are really capable of.

This time, we get a pretty comprehensive comparison between a variety of different vehicles. With this particular test from the folks over at The Fast Lane, we check in with the off-road capability of a variety of different vehicles that should be able to handle the trail of the driver’s choosing effectively. Which one is going to be able to do it best, though, is yet to be determined.

Before TFL even took on the challenge, they took the liberty of crunching a couple of numbers to figure out which vehicle they thought was going to do best. In what might seem like an underdog, the Land Rover Defender seems like the vehicle on paper that would be able to conquer all terrain in the best way possible. However, it’s going to have to put up with the likes of a Toyota FJ Cruiser, modified Toyota 4Runner, Ford Raptor, Ram TRX, and modified Jeep Gladiator Rubicon to get there.

By following along with the video below, we get to see which one of these off-road monsters is the best when push comes to shove. Can one truly see which truck will reign supreme by simply looking at the numbers? Will the environment prove that numbers can’t truly tell the entire story without a little bit of action?

There’s only one way to find out and you can see it down below!

Explore The 2021 Ford Bronco Wildtrak And All The Features 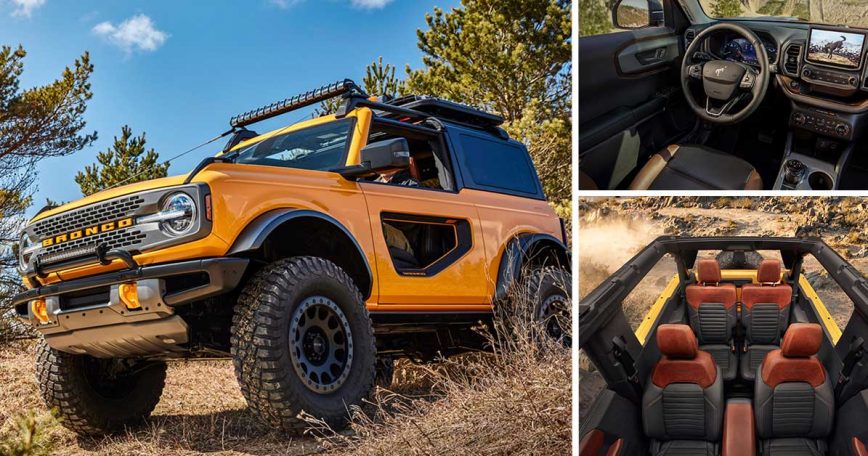