Mounting Jet Engines to a Tesla to Make it Faster 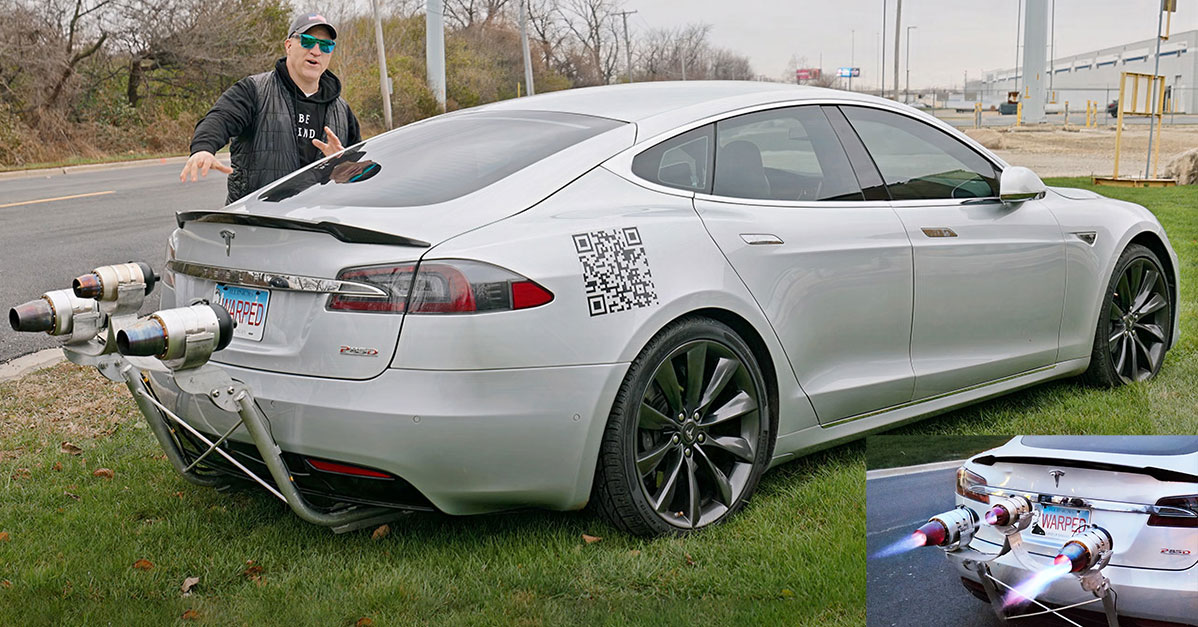 Somewhere in the timeline, there were rumors that Elon Musk was going to equip the Tesla Roadster with jet engines in addition to the electric power to make the vehicle go as fast as possible. While, at this point, that doesn’t appear to be factual information, that doesn’t mean that the idea is going to just die.

Instead, those who frequent YouTube understand that there is somebody out there who will figure out a way to bring every wacky idea that they can find to life.

In this particular demonstration, we check out a project that certainly took a lot of research and development in order to bring to life. However, when all is said and done, we have a jet-powered Tesla. It isn’t a roadster because the model isn’t quite out yet. Instead, we find a Tesla Model S P85D that has taken on a trio of jet engines.

As concocted by the creator who goes by the name of Warped Perception, we witness an incredibly obscure idea come to life. On the surface, this might be something that seems like it’s far too off-the-wall to really actually work. The whole goal of this demonstration is to see just how possible all of this really is, though, and what sort of difference it might make.

By following along with the video below, we check in with a contraption that is certain to turn heads everywhere that it goes. Just how feasible is it that a couple of jet engines will make an electric car go faster, though? There’s only one way to find out and Warped Perception is making it all work out.

Making something like this come to life certainly takes a good amount of dedication and we’re glad that this creator put all of his ducks in a row to make this sci-fi esque concept a reality.

« Runaway Diesel Engine Compilation has us Ducking for Cover!