Richard Branson is the Winner of the Billionaire Space Race, Elon Musk Buys a Ticket, What This Means For YOU 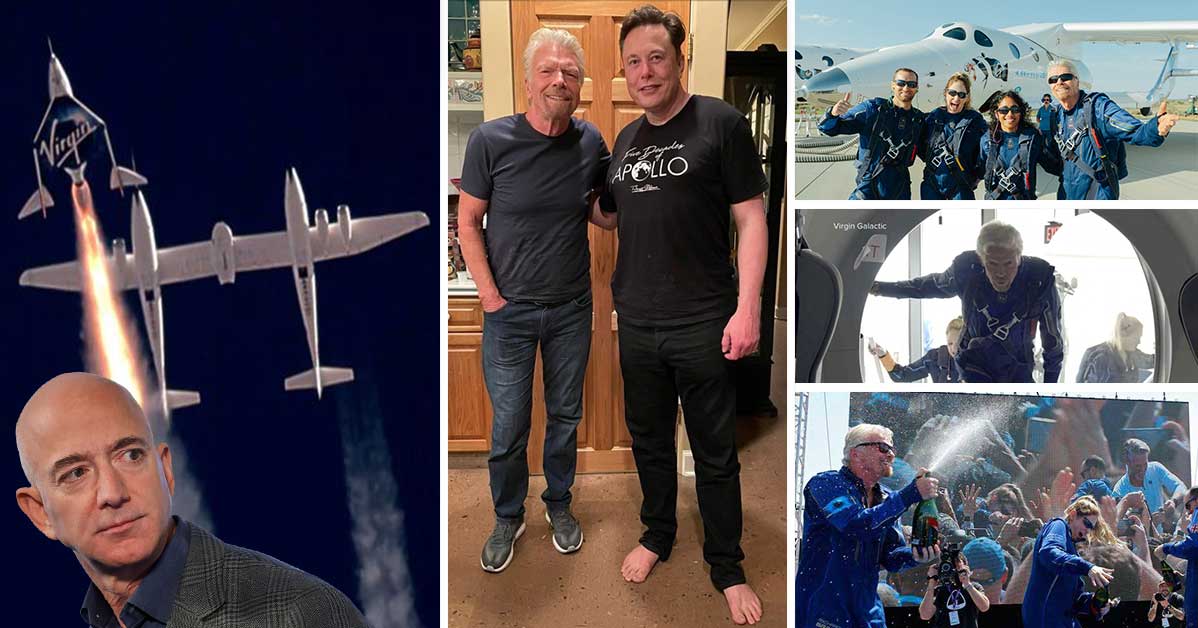 With that, the race to be the first civilian in space is over.

Virgin Galactic’s rocket plane by the name of “Unity” took off on July 11th, carrying Virgin CEO, Richard Branson, and his crew for to the ship’s first civilian trial. After taking off from a runway in New Mexico, the rocket plane managed to climb 53 miles, taking its passengers to the edge of space.

Branson and Company were quite jovial as the flight would seal the deal on 17 years of development and test flights to finally result in real-life success.

After the job well done, no time was wasted on letting us all know when exactly customers can start to buy tickets for the commercial space travel company. The idea seems to be to start bringing more passengers beginning next year.

As of now, there’s already a pretty long waiting list. Many might be familiar with of the most popular names on the list as it has been reported that Elon Musk will be taking a trip to space with Virgin Galactic at some point in the future. Musk is one of the 600 people who have already signed up to hop on board. From what we understand, positions on the list are selling for $250,000.

Down in the video below, we get the unique opportunity to be able to ride in a space with Branson and company. This might be one small step as only a couple of people have made their way into space with this journey. However, this could be the first mission toward a potentially massive industry before we know it. We might also see the industry take further into space in the future.

Following Branson, it seems as if attention has now shifted to Jeff Bezos to see when his Blue Origin space travel company will be taking off.

« You Can Officially Make Your Ford F-150 A Fastback.