One of the wild things about drag racing is that you truly never know what’s ...

One of the wild things about drag racing is that you truly never know what’s going to happen. One moment, a pass might be going according to plan. The next, things can get bad in a hurry. While sometimes, the unpredictable nature of the sport can provide amazing moments like photo finishes, other times, it provides moments that we would all like to just forget about and put behind us.

This time, we take a ride back to No Prep Kings Cordova to check in with an incident that involved racer, Eric Bain.

We would presume that before this one went down, Bain had experienced a pass that was like a lot of others that has made in his racing career. However, about halfway into the matter, things went from calm to rather violent as the machine slid out of the groove and into the wall. Not only that but this crash wasn’t about to let the competitor down easy. Instead, the car would be obliterated into a ton of pieces.

One of the tricky parts of no prep is that sometimes, without a sticky track surface, all of that power can be quick to get away from drivers.

In addition, Bain didn’t make it out of the accident unscathed. While he did walk away without any life-threatening injuries, we’re sure that the broken foot and toes were certainly something that didn’t feel so good.

Down in the video below, Racers United captured the moment as Bain says that he “Pushed the car beyond its limits and is currently paying the price,” adding that it’s “A bad feeling if I’m being honest.”

In any case, situations like these are just a part of racing. Sometimes, it can be easy to cross that fine line of pushing hard and pushing too hard when you have your eyes on the prize. Hopefully, Bain is able to pick back up the pieces and get back out there in the near future. Photo credit – Mr. Fabulous Photography

Murder Nova Repaired After Fire, Will be at NPK Tuscon 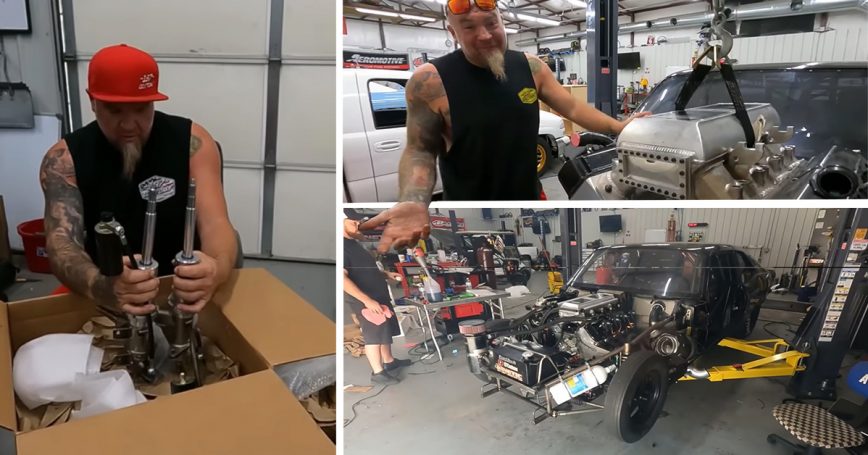