Murder Nova Goes up in Flames at NPK Idaho 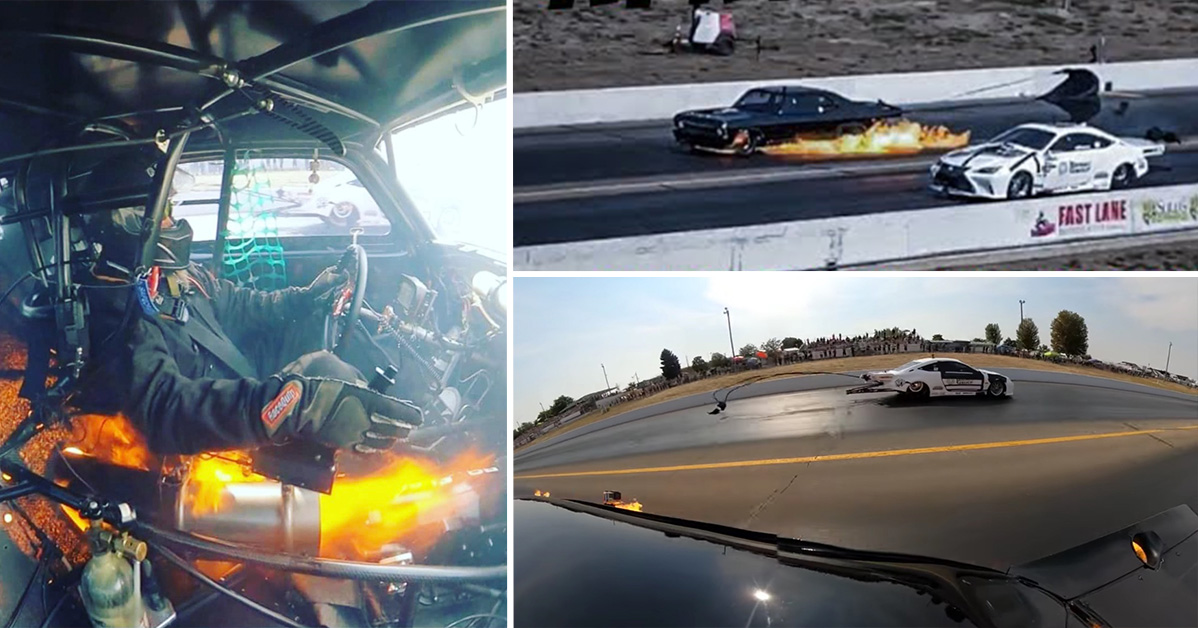 If there are two things that nobody ever wants to mix together, it’s a race car and a fire. Just the sheer thought of a fire breaking out anywhere other than inside of the combustion chambers at hundreds of miles per hour is something that could inspire sheer terror.

Unfortunately for Shawn Ellington a.k.a. Murder Nova, that was precisely the situation that he would run into out at No Prep Kings in Idaho. Fortunately, Ellington would end up walking away from the accident completely free of injury. However, it was a situation that definitely made him do a double-take to make sure that everything with his ride would remain just as healthy as he would.

As usual, the crew had several cameras rolling and caught the entire thing on video. The most interesting part is when the clips take us inside of the Nova in order to show the explosion from the best seat in the house if you will.

Something like this just goes to show how a race team is definitely a perpetual job to maintain. For those who thought that some of the more popular drivers with a bigger budget could just go out there and stomp the throttle without a worry in the world, situations like these really remind us that every single team out there is grinding week in and week out in order to keep up with these complicated events.

In the video below from the 187 Customs YouTube channel, we get to see exactly how everything went down and how it was all handled after the fact. At the end of the day, Ellington is a true professional and we’re sure that the mean black Nova will be out and about before long. However, an event like this is really something that can make you stop and think about things.

« Introducing the “BOATERCYCLE” – The Ride as Sketchy as it Sounds!