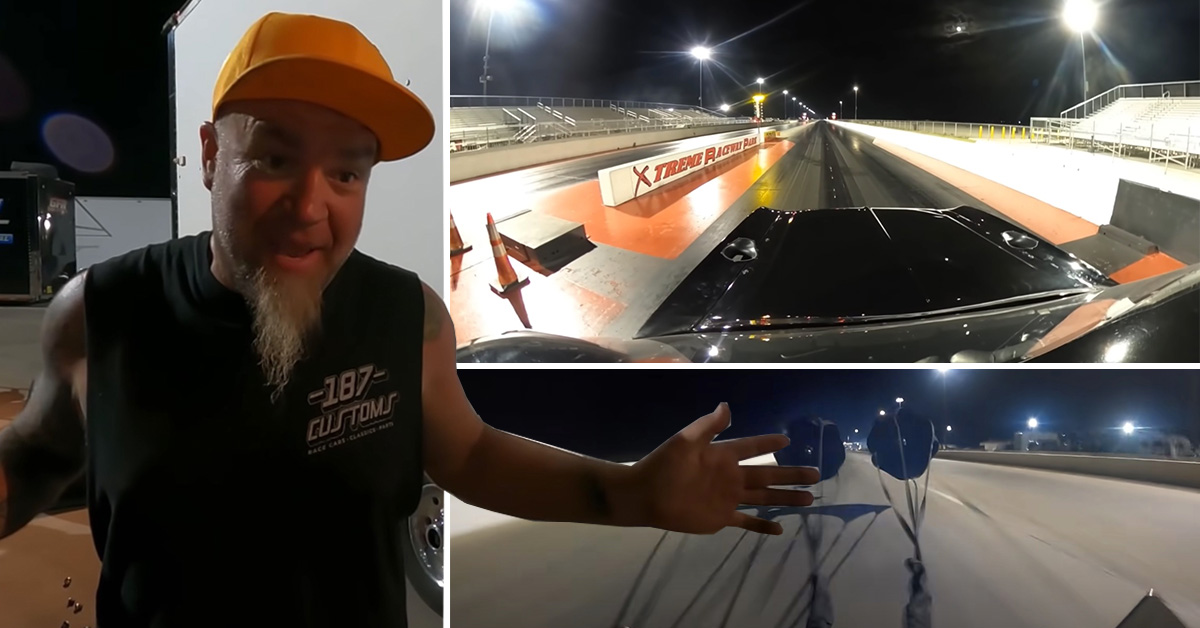 In drag racing, even the best in the business keep pushing themselves to do the best that they can on every single outing. Just because you’re at the top of your game isn’t to say that there isn’t work to be done still. Instead, even the fan favorites are out there every weekend, trying to improve every last detail to make the cargo as quickly as possible in the most consistent way possible.

This time, we check in with the one and only Murder Nova as Shawn and Phantom head out to Xtreme Raceway Park in the pursuit of getting better.

After making a couple of passes down the track, eventually, the small block-powered Chevrolet Nova finds its way to a new personal best. It doesn’t seem as if the elapsed time on a time slip is the best that the crew has ever seen. However, 200 mph is a new milestone for Murder Nova. The new fastest pass comes on the back of a lot of work and frankly what Phantom says is the Murder Nova “Kicking their ass.”

While elapsed time is what wins races and not speed, something goes like this seems to be a step in the right direction. With the mile per hour there, perhaps the 187 crew is inching closer and closer to making this thing even more competitive on race day.

Down in the video below from 187 Customs, we get to join in with these test passes as Murder Nova manages to climb to 200 mph. In addition to witnessing the passes, we also get to hear a little bit about the changes that have been going on in order to try and get this car dialed in as best as humanly possible.

We’re also sure that even though Shawn has been in the game for a while, every time a new personal best is accomplished it has to give him that little rush that every drag racer knows so well.

« How Do You Make a Demon Even Better? Let’s Find Out!