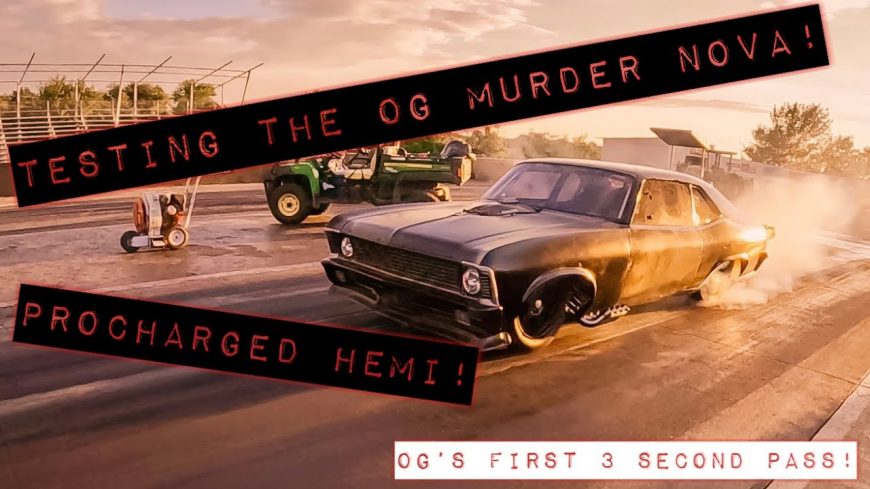 One might think that just because a racer makes their way to the top of the ranks on a show like Street Outlaws that they’re locked and loaded to remain in the spotlight forever. The truth of the matter, though, is about the exact opposite is where reality exists. Instead, racers who are on the top of their game have to keep on evolving in order to stay relevant. In a world where everybody is trying to make themselves the best competitor that they can possibly be, cars need to come a long way in a short period of time as they constantly build toward becoming the fastest and overtaking the others looking to do the same.

In this constant struggle of testing and tuning, trying to climb to the mountaintop, and changing parts, we find that a variety of different combinations come to life for each machine. This time, we check in with the world-renowned M*rder Nova as it heads down to the drag strip to test out a new combination. This particular combo exists in the form of a ProCharged Hemi as Shawn Ellington looks to do a little bit of damage with a more potent mix of parts.

In the video below, we’re able to check in with this test session and follow along with the steps that it takes to get a combination like this dialed in. Believe it or not, such a combo doesn’t just get dropped in the car and sent down the track. Instead, there are lots of steps in between that require every last component to be dialed in just right before a machine like is finally ready for liftoff and can really come to life to throw those haymakers that we’re sure the car’s owner is really looking forward to handing out.