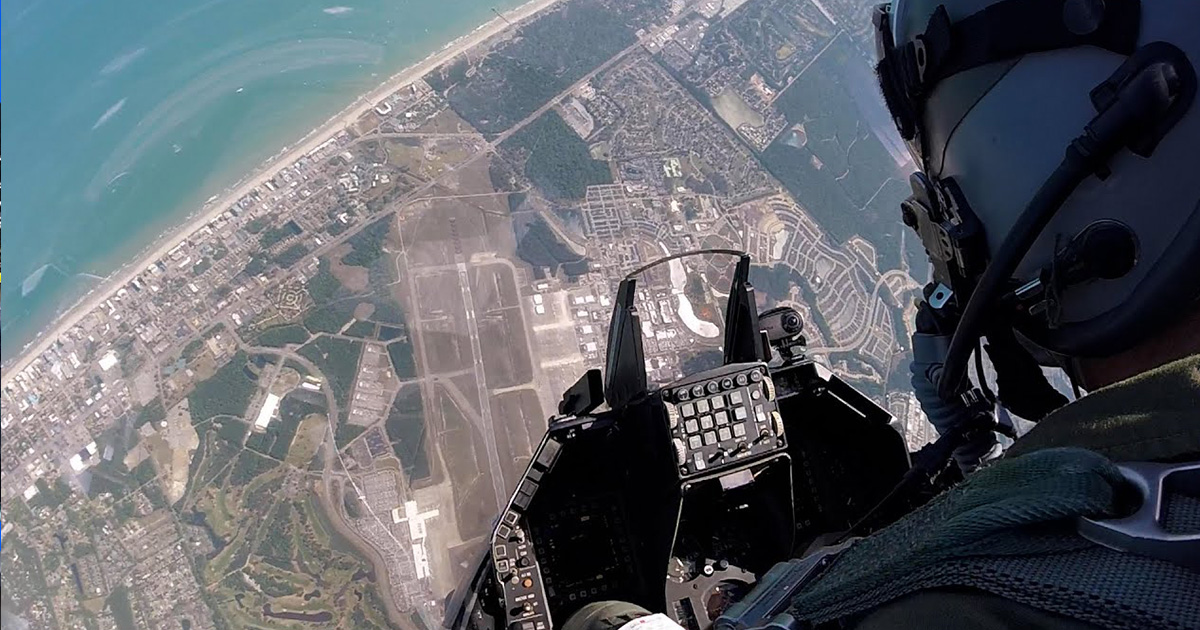 As many children grow up, there’s no shortage of those who dream of one day being behind the controls of a fighter jet. Watching these things in popular culture just looks like such a blast to be able to get behind the controls and go to work. I mean, who watches the movie Top Gun and doesn’t have a part of them that wants to become Maverick?

In reality, there are an elite few that ever make their way into this role.

However, through the power platforms like YouTube, even us common folk can get an idea of what it’s like to be behind the controls. Sure, actually being there and feeling the G forces and weightlessness at the same time is an entirely different experience. Through videos like this one, though, we get a small taste of exactly how these pilots operate when they get to control some of the most impressive feats of engineering on Earth.

This time, we check in with the footage that gives us an over-the-shoulder demo of an F-16 Viper as piloted by Major John “Rain” Waters. The footage comes to us from the 2018 Myrtle Beach Air Show.

As we ride along, the camera angle gives us the perfect view of what exactly it is that the pilot sees as he controls the F-16. Not only do we get to see all of the wild twists and turns but an incredible view of Myrtle Beach, as well as the plane, makes all sorts of impressive maneuvers, seemingly turning on a dime and doing things that physics just barely agrees with.

In terms of being in the best seat in the house, the video below really delivers upon that concept on a high level and has us feeling almost like we were there that day!